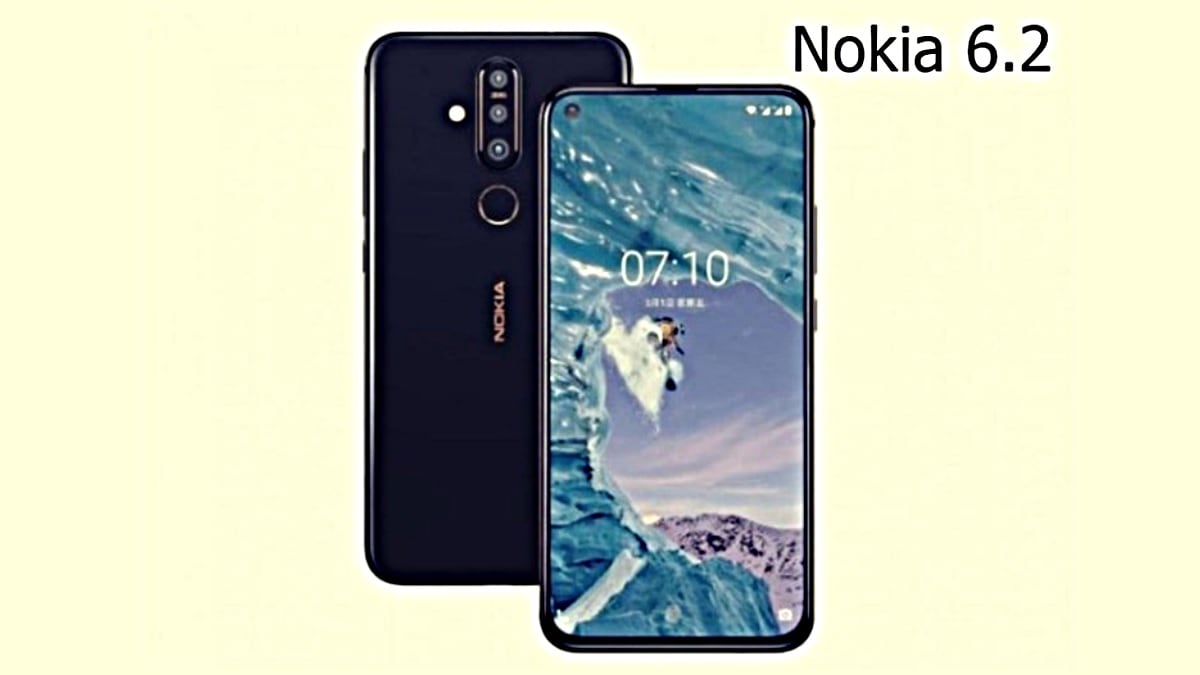 Nokia 6.2 and Nokia 7.2 are both tipped to feature a 48-megapixel camera

HMD Global is gearing up to launch two new phones – Nokia 6.2 and Nokia 7.2 – next month, and at least one of them is headed to India. As per new leaks, the company is set to launch the Nokia 6.2 as a rebranded version of the Nokia X71 - which made its debut back in April – in India. Both the phones will reportedly go official on the same date and are set to launch in India and Russia. The Nokia 6.2 and Nokia 7.2 will both feature triple rear cameras, but they will sport different designs.

As per a report by NokiaPowerUser, the Nokia 6.2 and Nokia 7.2 will be launched on the same date in August, but an official confirmation is yet to arrive. Moreover, both the phones are tipped to hit the shelves in India and Russia. Another report by ITHome, citing information received from MobilesReview, shows what is claimed to be an official render of the Nokia 6.2. The phone's design looks identical to the Nokia X71's, which was launched in Taiwan over three months ago.

As per the report, the Nokia 6.2 will feature a 6-inch full-HD+ (1,080 x 2,280 pixels) AMOLED display with a hole-punch that will house a 13-megapixel front camera. The phone is tipped to pack triple rear cameras that will include a 20-megapixel main camera, assisted by an 8-megapixel and 5-megapixel secondary and tertiary cameras with Carl Zeiss optics.

The battery capacity is tipped to be 3,300mAh, but there is no word on support for fast charging. The phone's base variant with 4GB of RAM and 64GB of internal will reportedly be priced around Rs. 12,000, while the higher-end 6GB + 64GB variant will set buyers back by roughly Rs. 15,000. The phone is tipped to become available in the ongoing year's third quarter.

The Nokia 7.2 is tipped to pack triple rear cameras housed in a circular module with a 48-megapixel main sensor. There is no word on the resolution of the other two rear cameras or the front snapper. The phone will reportedly come equipped with a 3,500mAh battery with Qualcomm Quick Charge fast charging support.

As per listing information and a clear case render of the Nokia 'Star-Lord' obtained by NokiaPowerUser, the phone will pack triple rear cameras housed in a circular module. Moreover, the 6.2 and Nokia 7.2's dimensions are tipped to be identical at 149.86x78.74x7.62mm. As for the Nokia Daredevil, it is tipped to pack a 6-inch display with a resolution of 1,080 x 2,340 pixels.