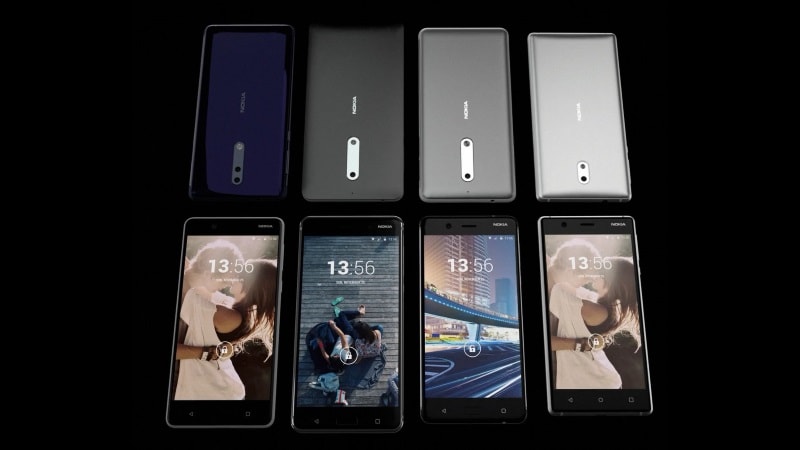 Nokia’s return this year has been heavily lauded by its large fan following, and the popularity of the devices can be seen in flash sales and the stock getting over in a jiffy. With four devices already launched, Nokia is yet to unveil a flagship level smartphone to the world. Alleged to be called the Nokia 9, the device has been spotted on GeekBench again revealing key specifications.

The latest GeekBench listing has a Nokia device codenamed ‘Unknown Heart’ and it sports flagship level specs, hinting that it is the much-rumoured Nokia 9. The listing claims that the Nokia 9 runs on the latest Android 7.1.1 Nougat, is powered by the latest Snapdragon 835 SoC, and is paired with a mammoth 8GB of RAM.

This refutes previous rumours of 4GB of RAM spotted on GeekBench earlier on a supposed HMD Global TA-1004 device that was also rumoured to be the Nokia 9. Other rumoured specifications include a 5.3-inch QHD display, 64GB of inbuilt storage, and a dual 13-megapixel camera setup. It is said to support Quick Charge 4.0 as well. The Nokia 9 is also expected to be priced at EUR 750 (roughly Rs. 54,100), which is pretty steep and competes directly with the most high-end flagships out there.

Separately, a Nokia device codenamed RX-100 has been leaked on Chinese site Teiba showing a device with a QWERTY keypad, presumably targeted towards business users. The images corroborates with a device leaked back in 2012, where Nokia was reported to be working on a QWERTY keypad phone running on Windows Phone 8 at that time.

Looks like that project hasn’t been shelved yet, and Nokia still plans to launch a QWERTY keypad smartphone soon. The images show a blocky device with the display on top, and the keypad at bottom. The device seems to be rather thick to hold in the hand, but this could just be a dummy unit, and a more refined variant will be launched in the markets.

CBSE 10th Result 2017 Date Yet to Be Confirmed - How You'll Be Able to Check Marks Online on cbseresults.nic.in
T-Mobile DIGITS Lets You Connect All Devices You Own to One Phone Number