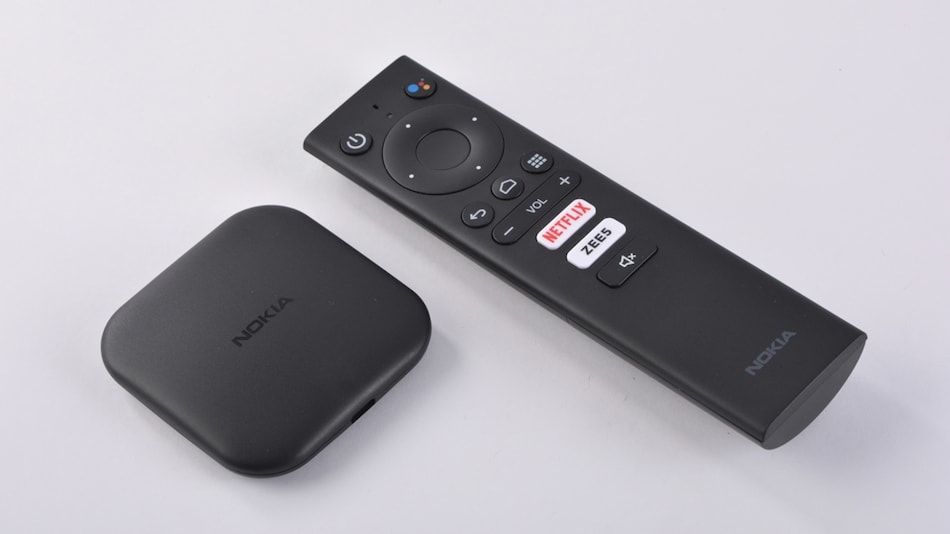 The Nokia Media Streamer supports up to full-HD resolution streaming

Although it is listed to run on Android 9, the Nokia Media Streamer likely runs on Android TV 9 Pie, Google's Android operating system for smart televisions and media streaming devices. The compact streaming device offers up to full-HD resolution streaming, and has built-in Chromecast and support for Dolby Audio. The remote of the Nokia Media Streamer enables Google Assistant support, and also has hotkeys for Netflix and Zee5.

The Nokia Media Streamer has 1GB of RAM and 8GB of internal storage for apps and app data, along with Wi-Fi connectivity. An unspecified quad-core processor powers the device, along with a Mali 450 GPU. The device is also said to support various apps on the Google Play Store, allowing users to download and stream content from a variety of services. Based on the hotkeys on the remote, it's likely that Netflix and Zee5 will come pre-installed on the Nokia Media Streamer, along with other core Google apps such as YouTube and Google Play Movies.

The Nokia Media Streamer goes up against the recently launched Mi TV Stick which comes with similar specifications and capabilities including full-HD streaming support.

Interestingly, the remote looks quite similar to that of the MarQ by Flipkart Turbostream which features similar specifications and features, and is also priced at Rs. 3,499.