Nokia 5.3 packs a quad rear camera setup and is backed by a 4,000mAh battery. 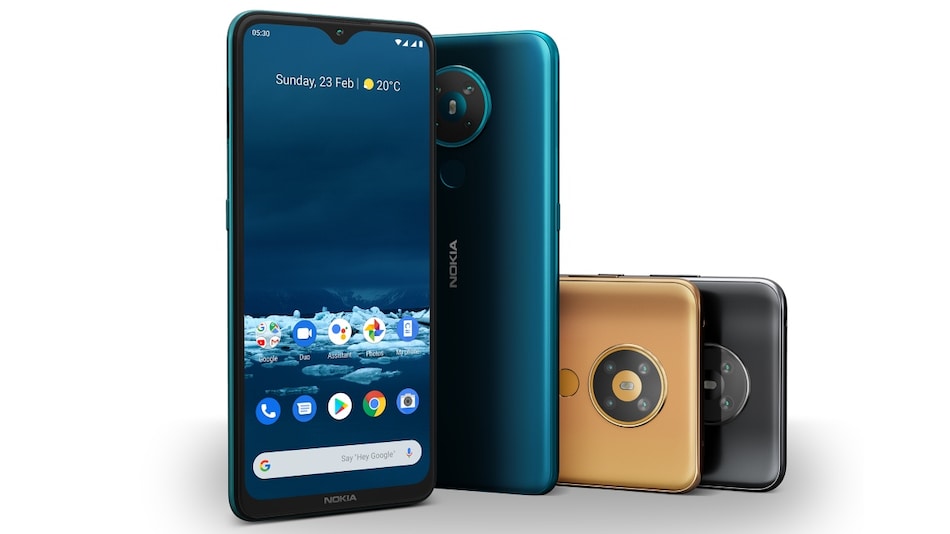 Nokia 5.3 users in select countries including India have started receiving Android 11 update as brand-licensee HMD Global has announced the rollout starting today. It was released with Android 10 but Nokia has said it would be updated to Android 11 - however the last stable build of Android 11 released almost a year ago, in September 2020, and Android 12 is not too far away now. The phone launched in March of last year globally, while the India launch took place in August.

A staff member on the Nokia community forum announced that the Android 11 update for Nokia 5.3 has started rolling out in select regions. As is typical with major Android updates for Nokia phones, this Android 11 update is also being rolled out in waves and the first wave includes 13 regions including India. The full list covers Cambodia, Hong Kong, India, Indonesia, Laos, Macau, Malaysia, Myanmar, Nepal, Sri Lanka, Switzerland, Taiwan, and Vietnam.

The company says 30 percent of these regions will receive the Android 11 update immediately, and 50 percent will receive it by August 5. By August 6, all of these markets will have received the update.

From the screenshots shared by users on Twitter, the Android 11 update for Nokia 5.3 comes with version V2.210. It is 1.67GB in size and updated the phone to June 2021 Android security patch. The update makes changes to notifications, adds the ability to give one-time permissions to apps, among other features.

Nokia 5.3 features a 6.55-inch HD+ (720x1,600 pixels) display with a 20:9 aspect ratio. The phone is powered by an octa-core Qualcomm Snapdragon 665 SoC, paired with up to 6GB RAM. For photos and videos, the Nokia 5.3 comes with a quad rear camera setup that includes a 13-megapixel primary sensor, a 5-megapixel secondary sensor with an ultra-wide-angle lens, a 2-megapixel depth sensor, and a 2-megapixel macro shooter. For selfies, the Nokia 5.3 has an 8-megapixel camera at the front. The phone comes with a rear-mounted fingerprint sensor and a dedicated Google Assistant button. It packs a 4,000mAh battery that supports 10W charging.