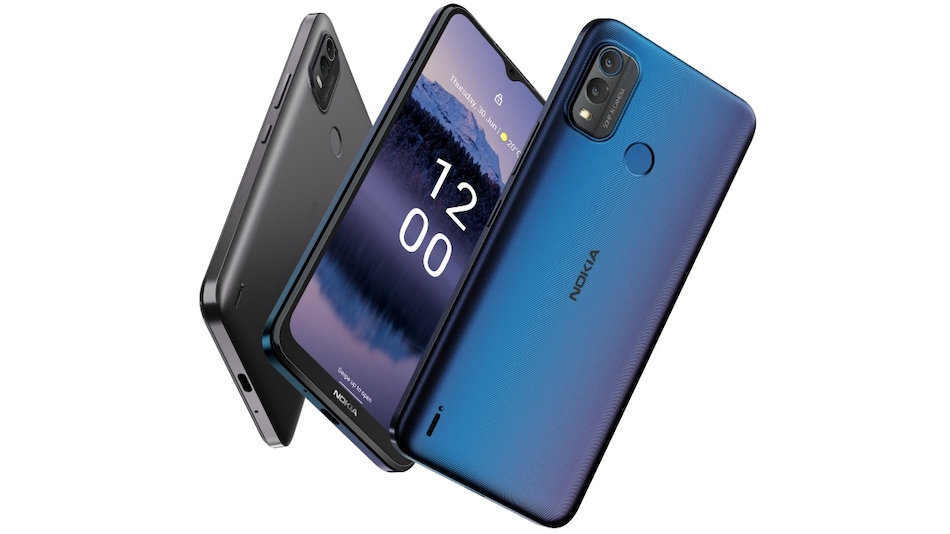 Nokia G11 Plus has silently debuted as a new model in the company's G series. The title of the new Nokia phone indicates that it's an upgrade over the Nokia G11 that was launched earlier this year. However, there are not many significant upgrades on the specifications front. The Nokia G11 Plus comes with a 90Hz display and carries dual rear cameras. It is also claimed to deliver up to three days of battery life on a single charge. Furthermore, the Nokia phone is promised to receive two Android upgrades and three years of monthly security updates from the date of its global debut.

The Nokia website has listed the details about the Nokia G11 Plus, without revealing its pricing and availability. The phone comes in Charcoal Grey and Lake Blue colours and is listed in a 4GB RAM + 64GB storage variant.

The Nokia G11 Plus features a 6.517-inch HD+ display with a 90Hz refresh rate. Nokia brand licensee HMD Global has not revealed the exact processor details. However, the Nokia website does confirm that the phone has 4GB of RAM — something that appeared on Geekbench earlier this month. On the optics front, the Nokia G11 Plus has the dual rear camera setup that houses a 50-megapixel primary sensor and a 2-megapixel secondary sensor. The camera setup is paired with an LED flash.

For selfies and video chats, the Nokia G11 Plus carries an 8-megapixel selfie camera sensor at the front.

The Nokia G11 Plus comes with 64GB of onboard storage that supports expansion via microSD card (up to 512GB).

Connectivity options on the Nokia G11 Plus include 4G LTE, Wi-Fi, Bluetooth, GPS/ A-GPS, USB Type-C, and a 3.5mm headphone jack. There is also a rear-mounted fingerprint sensor. Besides, the phone measures 164.8x75.9x8.55mm and weighs 192 grams.