OnePlus 10 Pro is likely to launch in the first quarter of 2022. 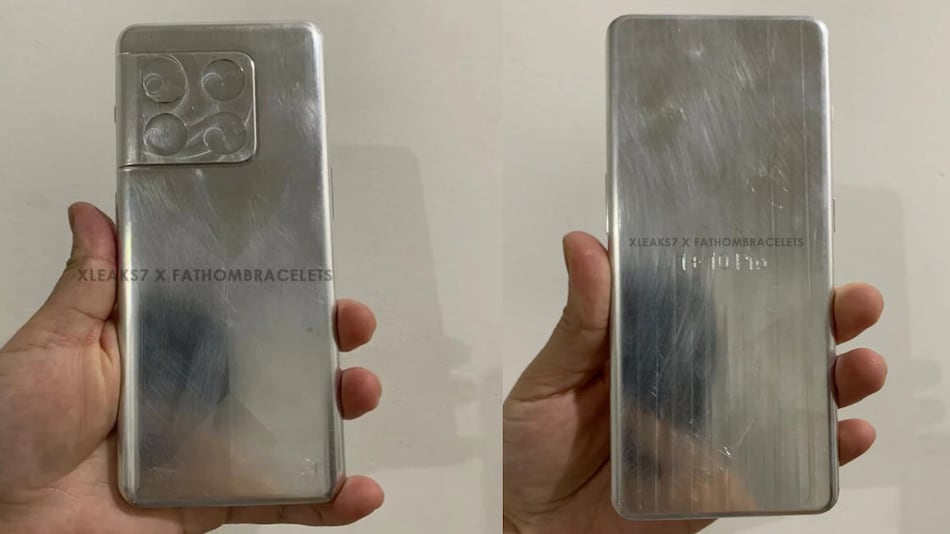 Tipster xleaks7 (David Kowalski) in partnership with Fathom Bracelets has leaked the aluminium dummy of the OnePlus 10 Pro. The dummy shows that the back camera module has four sensors situated inside with a flash in the centre. The OnePlus 10 Pro is seen to have slightly curved edges. The bottom edge is seen to sport a SIM tray slot, a USB Type-C port, and a speaker grill as well.

This aluminium dummy of the OnePlus 10 Pro is largely in sync with what past leaks suggest as well. The smartphone is tipped to launch in the first quarter of 2022 and could feature the Qualcomm Snapdragon 8 Gen 1 SoC under the hood. In addition, the smartphone is tipped to feature a 6.7-inch (1,440x3,216 pixels) LTPO Fluid 2 AMOLED display with 120Hz refresh rate and 526ppi pixel density.

OnePlus 10 Pro leaks also suggest that the smartphone could come with up to 12GB of RAM and 256GB of internal storage. On the battery front, the handset could feature a 5,000mAh battery.