OnePlus 6T, OnePlus 6 to Get Android 10-Based OxygenOS This Month; Instant Translation on Video Calls Announced

OnePlus 5T and OnePlus 5 are also on the roadmap to get Android 10 in the second quarter of 2020. 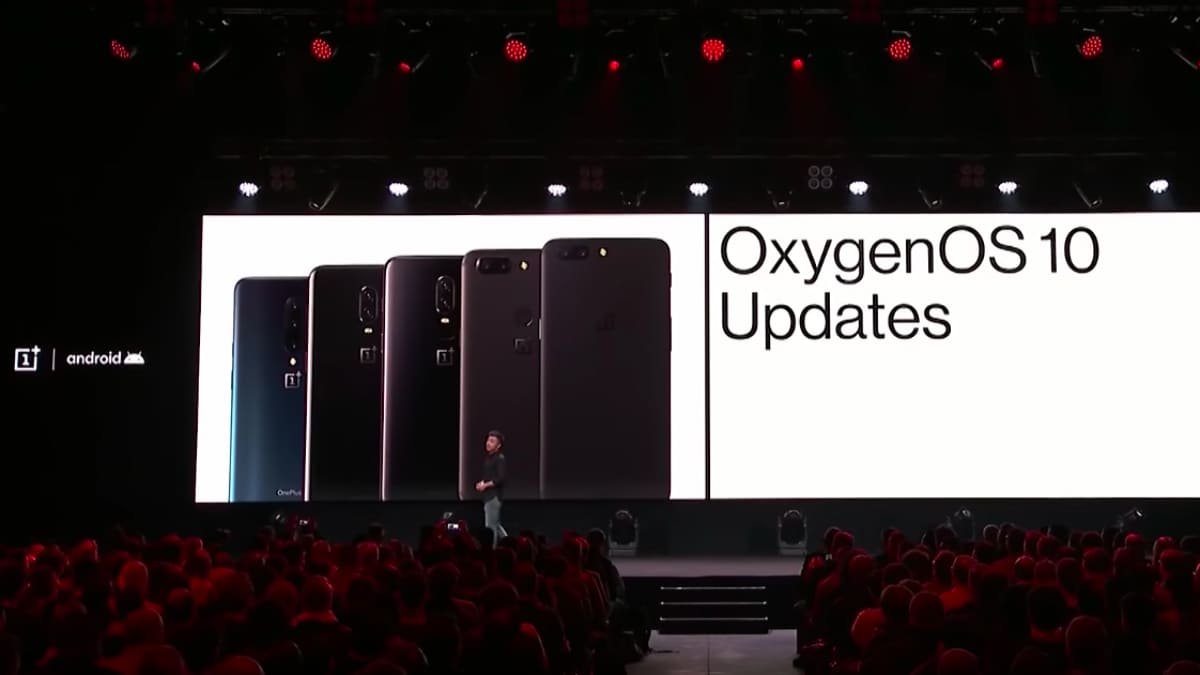 OnePlus 6T and OnePlus 6 users are set to receive OxygenOS 10 based on Android 10 as early as this month, OnePlus announced while launching the OnePlus 7T series at an event in London on Thursday. Alongside the OnePlus 6 models, the Chinese company is in plans to bring Android 10 along with OxygenOS 10 to the OnePlus 5T and OnePlus 5. OnePlus at the launch event also announced an Instant Translation feature that is designed to offer real-time translations on video calls. The feature appears to be in the pipeline at the current stage, though the company promised to announce further details soon.

At the launch event, OnePlus co-founder Carl Pei revealed that the OnePlus 6T and OnePlus 6 would receive the OxygenOS 10 update based on Android 10 later this month, whereas the OnePlus 5T and OnePlus 5 would get the latest experience in the second quarter next year. OnePlus has for the past few years maintained its promise for Android version updates for two years, and Android security updates for three years. This latest announcement matches that timeline, with the OnePlus 5 duo having been released in 2017 (and Android 10 having been released in 2019).

"Android updates are the key to our users, and, therefore, [they are] also key to us," Pei said while addressing the audience at the OnePlus 7T series launch in London.

"At OnePlus, we want to make quality products that stand the test of time and are committed to updating our older devices so you can enjoy them for longer," he added.

Elaborating on the roadmap, OnePlus in a forum post mentioned that the Oxygen 10.0 Open Beta based on Android 10 will be released for the OnePlus 6T and OnePlus 6 this month, while its official release is scheduled for next month.

"Friends who purchased OnePlus devices from our partners, including T-Mobile, Sprint and EE. We will work closely with our partners to deliver the best Android 10 software experience for your device," the company added in the forum post.

OnePlus is indeed one of the few Android smartphone makers to provide the latest updates soon after their release. However, the Shenzhen-based company doesn't provide the newest Android versions to its entire portfolio.

In the case of Android 10, OnePlus hasn't revealed any of its plans to bring the latest update to its dated models such as the OnePlus 3T, OnePlus 3, and OnePlus 2. There may be some hardware limitations that are restricting the company to provide the new update.

Having said that, OnePlus released Android 10 with OxygenOS 10 on top for the OnePlus 7 and OnePlus 7 Pro soon far the formal release of the new Android version last month. The company is also offering Android 10 out-of-the-box on the newly launched OnePlus 7T and OnePlus 7T Pro.

In addition to the Android 10 roadmap, OnePlus at its London event announced the Instant Translation feature that will enable real-time translations on video calls.

"We wanted to make it easier for you guys to communicate with each other across different languages," said Pei. "So we've been working on a real-time translation feature so when you're video calling somebody in another language, you'll see subtitles in your mother tongue underneath them."

The feature is yet to be available to the public. Nevertheless, Pei during his presentation said that the company would be sharing more details soon.