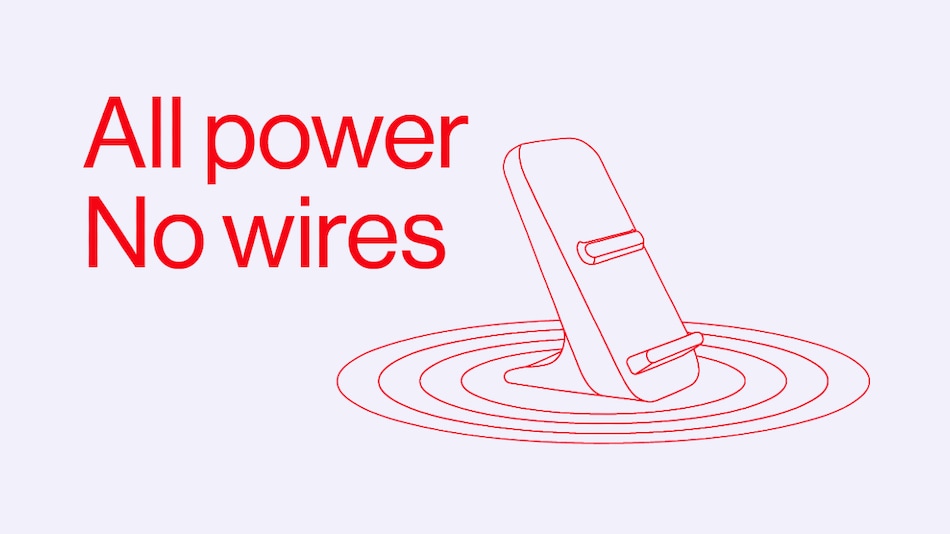 OnePlus has announced Warp Charge 30 Wireless as its proprietary wireless charging technology ahead of the OnePlus 8 series launch. The new technology is touted to charge a compatible device from one percent to 50 percent in half an hour. It is also claimed to deliver up to 30W of peak output — higher than what you'll get on an iPhone or a Samsung flagship. If we look at the rumour mill, the OnePlus 8 Pro would debut with Warp Charge 30 Wireless charging support.

In a forum post, OnePlus has detailed its Warp Charge 30 Wireless technology and has given us a glimpse at its first wireless charger. The company has developed its Warp wireless direct charging architecture that enables a real-time communication between the wireless charger and the phone using a customised chip. The chip is claimed to assist the custom architecture in controlling the charger's current and voltage.

Additionally, OnePlus has built isolated charge pumps that sit within the phone to minimise the amount of energy converted into heat and ensure a charge efficiency of 97 percent. The pumps also help “to maintain a stable charge and keep your phone safe” while charging it wirelessly.

In an interview with The Verge, OnePlus CEO Pete Lau revealed that the OnePlus Warp Charge 30 Wireless charger will include a fan to disseminate the heat, in line with what was rumoured recently. The charger using its fan is said to produce noise of 30db that isn't too high to disturb you during the day. However, the company will also provide an option on its phone for a night mode to let you keep the fan off at night and reduce charging speeds, Lau said.

The relationship between OnePlus and Oppo — of course, through parent company BBK Electronics — would definitely help both companies bring a similar experience to their customers. We've seen them closely working on fast wired charging technologies in the past as well. Nevertheless, a OnePlus spokesperson claimed to The Verge that there would be a “number of optimisations” on Warp Charge 30 Wireless.

That being said, OnePlus is hosting its event on April 14 to unveil the OnePlus 8 series that is expected to include the regular OnePlus 8 as well as the OnePlus 8 Pro — something similar to what we saw last year. The new wireless charger will be launched along with the new flagships.