Instead of offering a translucent back, OnePlus has opted for the Teardown case that features a Dbrand skin showing off the OnePlus Nord interior. 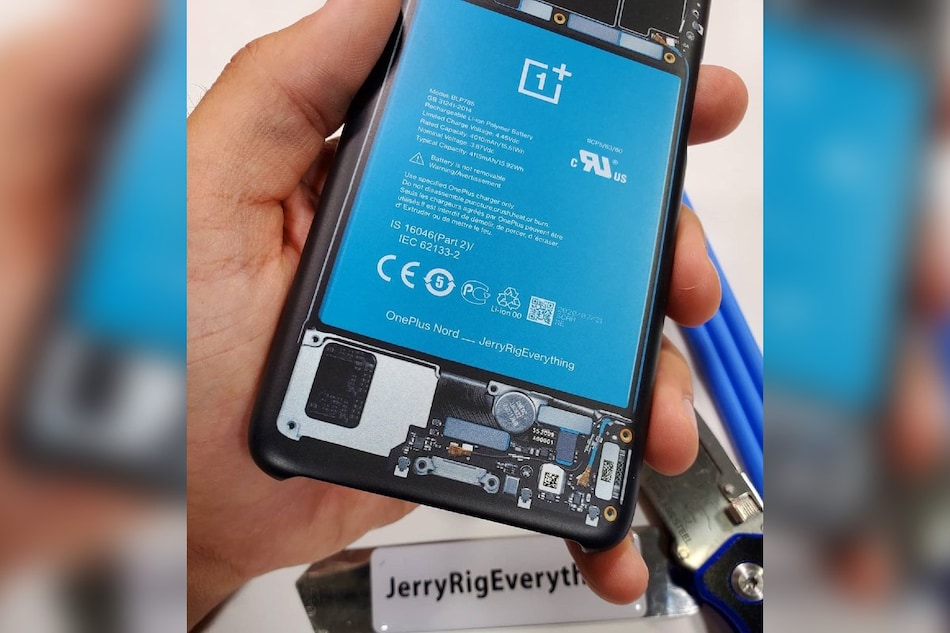 OnePlus Nord battery details have been revealed officially. OnePlus has announced its partnership with YouTuber Zack Nelson of JerryRigEverything to launch a special-edition Dbrand Teardown case for the OnePlus Nord. While the case will be available at the time of the launch of the new smartphone on July 21 an image has been posted by Nelson on Instagram that clearly shows off the 4,115mAh battery capacity. The OnePlus Nord is also expected to come with the 30W Warp Charge fast charging technology.

Instead of offering translucent back like the HTC U11+, OnePlus has opted for the Teardown case that has a Dbrand skin to show off the interior of the OnePlus Nord virtually. The new case will be available in limited quantities next week — alongside the Nord launch.

Meanwhile, both OnePlus and YouTuber Zack Nelson have teased the case through their Instagram accounts. The post by OnePlus shows that the case carries Nelson's JerryRigEverything branding on top. However, the image posted by Nelson reveals the battery capacity of the new smartphone, among its other virtual internal components.

If we look at the recent teasers, the OnePlus Nord will come with a dual selfie camera, including a wide-angle shooter. The phone is also set to come with an AMOLED display and feature a quad rear camera setup, with OIS support. You can also expect multiple colour options to choose from.

The OnePlus Nord launch is still a few days away but OnePlus is hosting its India pre-orders ahead of the launch, from July 15.

Huawei Expected to Be Banned From UK 5G Network by 2027