Oppo A58 is said to be powered by a MediaTek Dimensity 700 SoC. 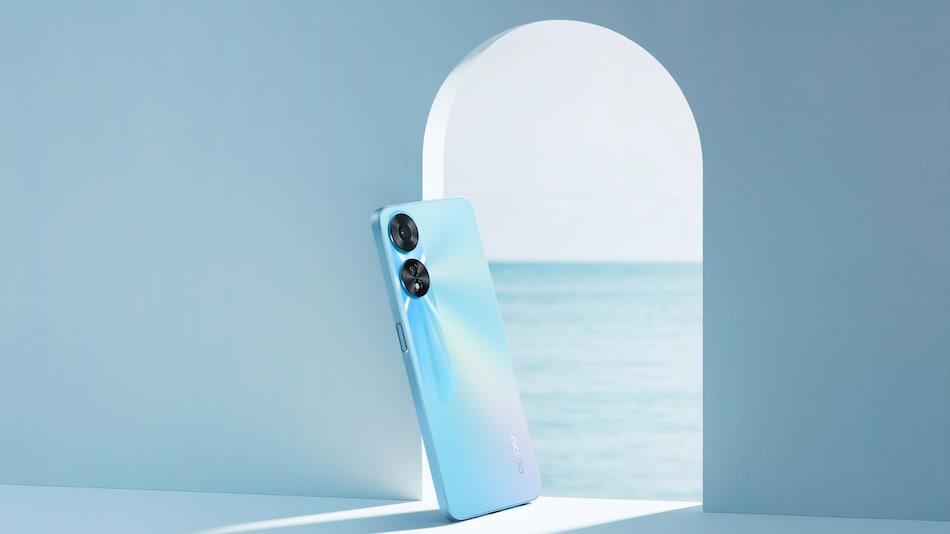 Oppo is believed to be working on its next generation of Oppo A series smartphones. The first release of this mid-range lineup could be the Oppo A58. The supposed design renders and specifications of the phone were revealed in a new report. The handset is said to have a 6.56-inch LCD screen with a V-shaped notch for housing the 8-megapixel selfie camera. Under the hood, the Oppo A58 could pack a MediaTek Dimensity 700 SoC, paired with up to 8GB of RAM and 256GB of onboard storage.

According to a 91Mobiles report, in collaboration with tipster Evan Blass (Twitter: @evleaks), the Oppo A58 could come in Breeze Purple, Starry Sky Black, or Tranquil Sea Blue colours. The pricing of this Oppo smartphone is currently unknown. However, it is expected to come in three configurations — 6GB RAM + 128GB storage, 8GB RAM + 128GB storage, and 8GB RAM + 256GB storage.

The Oppo A58 is tipped to feature a 6.56-inch LCD screen with a 90Hz refresh rate. It is said to be powered by a MediaTek Dimensity 700 SoC, coupled with up to 8GB of LPDDR4x RAM and up to 256GB of UFS 2.2 storage. This Oppo smartphone is said to run on Android-based ColorOS 12.1.

For optics, it could get a dual-rear camera setup, comprising a 50-megapixel primary Samsung-built sensor and a 108-megapixel camera. The Oppo A58 is expected to also get an 8-megapixel front-facing shooter.

It is likely to pack a 3,880mAh battery with support for 33W fast charging. The Oppo A58 is depicted to sport the power button on the right side and the volume rockers on the left. This smartphone could feature a 3.5mm headphone jack as well.

As per another recent report, a high-end Oppo A series handset could also be in the works which is expected to bear the Oppo A98 moniker. This smartphone is said to sport a full-HD+ display with a 120Hz refresh rate. It is expected to be powered by a Qualcomm Snapdragon 778G SoC.