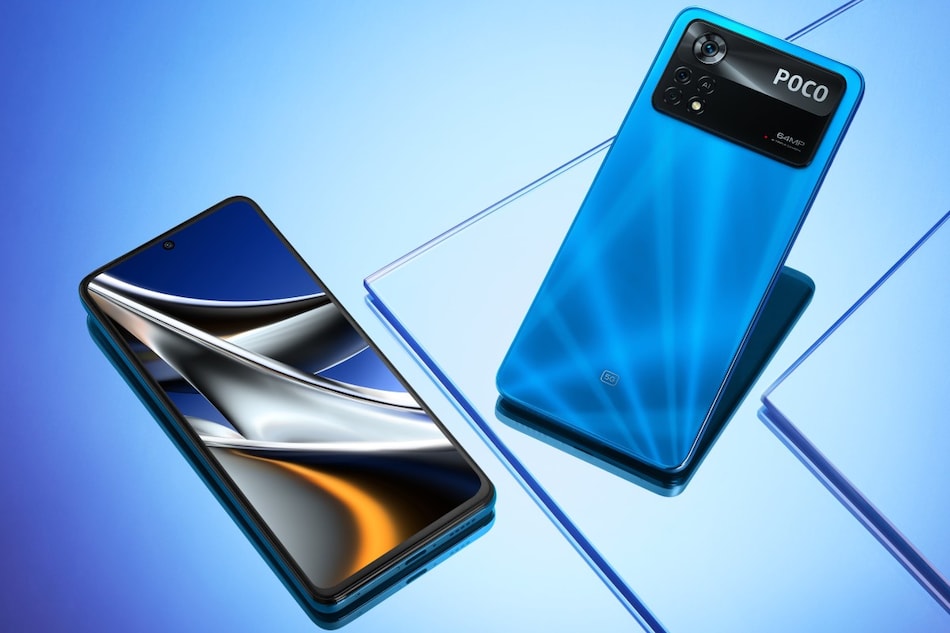 Poco X5 5G was reportedly spotted on the IMEI database, hinting at the upcoming launch of a new Poco-branded smartphone. The specifications of the purported X-series handset have also been tipped, including an LCD display with a 120Hz refresh rate and a Snapdragon 778G+ SoC. It is tipped to launch in China with Redmi branding, and in India and global markets as a Poco-branded handset, as per a report. Last month, the company launched the Poco M5 in India, equipped with a 50-megapixel triple rear camera setup and a 5,000mAh battery.

According to a report by XiaomiUI, the company is working on a new handset with the model number M20, codenamed “redwood”. The smartphone was reportedly spotted on the IMEI database, with the model numbers 22101320G, 22101320I, and 22101320C. It is worth noting that Poco is yet to officially reveal any plans to launch a new X-series smartphone.

Meanwhile, the report also states that the Poco X5 5G will sport an LCD display with a 120Hz refresh rate. The handset is tipped to be powered by a Snapdragon 778G+ chipset and will reportedly be aimed at gamers.

The company's older Poco X4 Pro 5G model was launched with a Snapdragon 695 chipset, indicating that the purported Poco X5 5G could offer improved performance over the older model.

Last month, the company launched the Poco M5 as the latest M-series phone to debut in the country. The handset is powered by an octa-core MediaTek Helio G99 SoC, paired with 6GB of RAM. The handset is also equipped with a 90Hz display, a 50-megapixel rear camera and an 8-megapixel selfie camera. it packs a 5,000mAh battery with support for 18W fast charging.