Realme GT 2 will be launched in India on May 4. 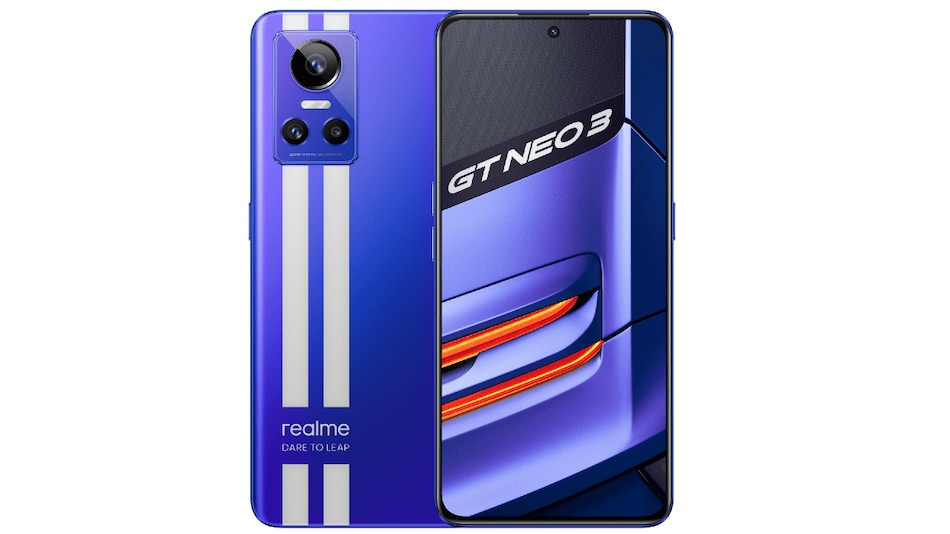 Sheth told the attendees that the Realme GT 2 will be launched on Realme's fourth anniversary, which falls on May 4. While the executive essentially revealed the debut date of the vanilla Realme GT 2, he posted a cryptic message and a short video clip hinting at the Realme GT Neo 3 launch in India. The video also teased that Realme will bring the Le Mans edition of the smartphone in the country.

Something Neo to look forward to!⚡ pic.twitter.com/wkJh0QBagx

Both Realme GT 2 and Realme Neo 3 have made their debuts in different markets. While the Realme GT 2 was launched globally at MWC in February, the Realme GT Neo 3 debuted in China last month.

The Realme GT 2 smartphone runs Android 12 with Realme UI 3.0 skin on top. It sports a 6.62-inch full-HD+ E4 AMOLED display with a 120Hz refresh rate. The phone is powered by Qualcomm Snapdragon 888 SoC, which is paired with up to 12GB of RAM. The handset carries a triple rear camera setup headlined by a 50-megapixel Sony IMX776 primary sensor. There is an 8-megapixel ultra-wide shooter and a 2-megapixel macro shooter. The phone also comes with a 16-megapixel selfie camera sensor in the front. Realme GT 2 is offered with up to 256GB of onboard storage. It packs a 5,000mAh battery that supports 65W SuperDart fast charging.

The Realme GT Neo 3 also runs on Android 12 with Realme UI 3.0 on top. It sports a 6.7-inch 2K display with a 120Hz refresh rate, and is powered by the MediaTek Dimensity 8100 5G SoC. Customers get up to 12GB LPDDR5 RAM and up to 256GB of UFS 3.1 storage. The phone comes with a 50-megapixel Sony IMX766 primary sensor, an ultra-wide-angle shooter and a macro shooter. The phone packs a 4,500mAh battery on Realme GT Neo 3 with 150W UltraDart Charging support and a 5,000mAh battery for the variant with 80W fast charging support.

Delhi Government May Roll Out EMI Facility on Electric Two-Wheelers for Employees
Fantastic Beasts: The Secrets of Dumbledore Leaked on Torrents as Harry Potter Spin-Off Movie Releases in India