The GT 2 Pro has an impressive spec list, but also misses some crucial flagship features 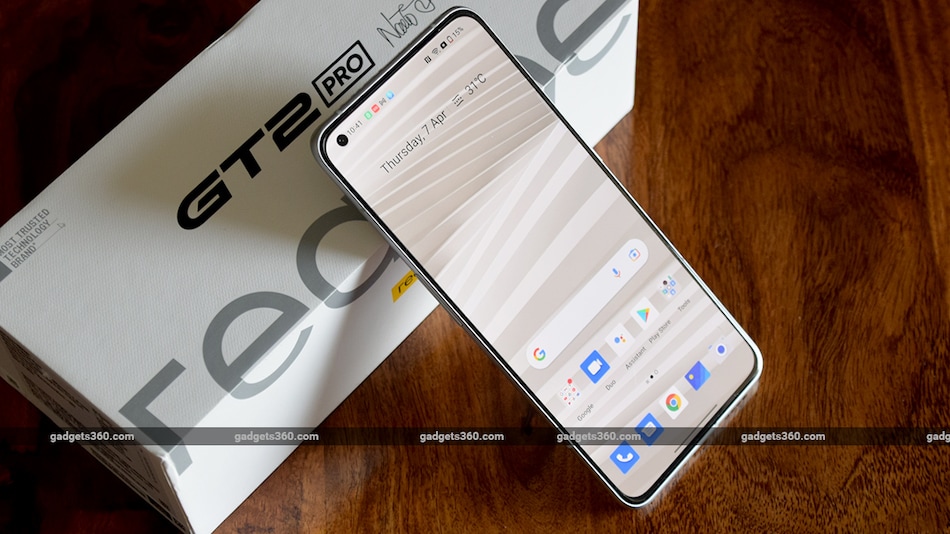 The Realme GT 2 Pro launched back in January 2022 in China and was one of the first phones to feature Qualcomm's flagship Snapdragon 8 Gen 1 SoC. This phone has finally made its way to India, at a time when we have plenty of new flagships launching with the very same SoC. Some of these include the well-received Motorola Edge 30 Pro (Review), Samsung Galaxy S22 (Review), OnePlus 10 Pro (Review) and iQoo 9 Pro (Review). Realme's secret weapon to make sure the GT 2 Pro stands out is its aggressive pricing.

The Realme GT 2 Pro starts at Rs. 49,999 in India, placing it in a segment that's currently filled with phones based on Qualcomm's previous-get flagship SoC, with the exception of the Motorola Edge 30 Pro. The GT 2 Pro misses out on a few flagship features such as wireless charging and an official IP rating, but the rest of the specs are pretty much on point. I've spent some time using it, and here are my initial impressions.

The Realme GT 2 Pro ships with a charger, cable, and protective case in the box

The Realme GT 2 Pro ships in a fancy box, similar to other phones in the series. Inside, you'll find all the basic accessories such as the cable and charger, along with a protective case. The phone has a very interesting back panel that mimics the look and texture of paper products. Realme claims this is the first phone to use this bio-based polymer material, and it was designed in collaboration with Naoto Fukasawa, who has helped create many limited edition Realme phones in the past.

The GT 2 Pro looks very good in the Paper White colour of the unit that I have, and it's also available in Paper Green and Steel Black trims. The back panel of my unit didn't picked up any major dirt marks in my limited time with it, but I wonder how well this finish will age in our climate. One thing I'm disappointed about is the design of the camera module, which makes this phone look very similar to the Realme C35 (Review), a much lower-budget, mainstream smartphone. While this is great for the C35's street cred, it doesn't bode well for the GT 2 Pro's image.

The Realme GT Pro is very well built and feels sturdy. The aluminium frame has all the necessary ports and buttons in easy-to-reach places. Realme has intentionally gone with a flat display on the GT 2 Pro, which is great for practical purposes, and there's no compromise on the specs. The 6.7-inch 10-bit AMOLED panel has a QHD+ resolution and 120Hz maximum refresh rate. Brightness goes up to 1,400 nits and this panel uses LTPO 2.0 tech which means the refresh rate can scale down up to 1Hz in order to conserve power.

As I mentioned earlier, the Realme GT 2 Pro uses the Qualcomm Snapdragon 8 Gen 1 SoC. Realme says it has used a stainless steel vapour cooling chamber and has optimised the placement of the 5G and Wi-Fi antennas along the frame for better connectivity when gaming or on a call. All of this sounds great and I can't wait to test this phone's capabilities in the full review.

No flagship Android phone in 2022 is complete without a good set of cameras, and the Realme GT 2 Pro seems to have a good foundation, at least on paper. The main camera uses a 50-megapixel Sony IMX766 sensor with OIS. The ultra-wide camera also has a 50-megapixel resolution and uses the Samsung JN1 sensor with a 150-degree field of view, just like the OnePlus 10 Pro. The third camera, which Realme calls a "micro lens", has a 2-megapixel resolution and is capable of up to 40X magnification, and this thing is supposed to take macro photography to a whole new level. It's an interesting choice and I'm looking to forward to testing it more. On the front, the GT 2 Pro has a 32-megapixel selfie camera.

The Realme GT 2 Pro's closest rival at the moment is the Motorola Edge 30 Pro (Review). The former offers a higher-resolution display, but the latter has wireless charging and an IP rating, which the GT 2 Pro lacks. With both models starting at around the same price, picking one over the other might be tough - but we'll help you decide.

I will be testing the Realme GT 2 Pro's cameras, battery life, gaming performance, and much more in the coming days so don't forget to check Gadgets 360 for the full review, coming up soon.