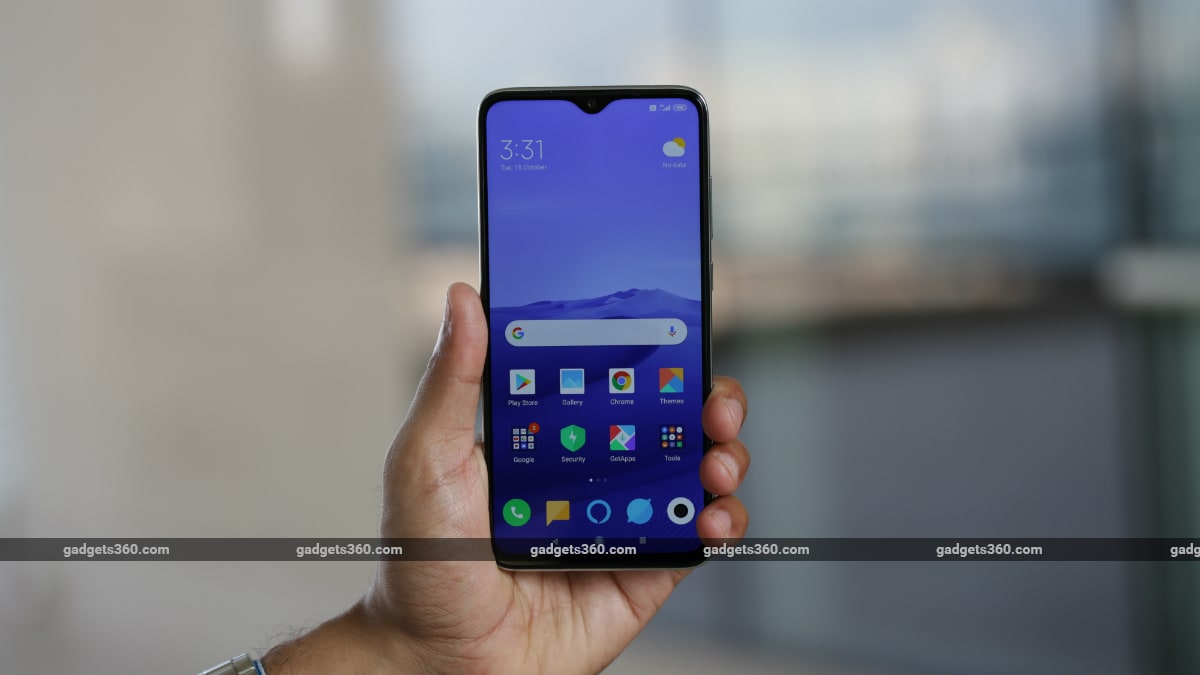 Redmi Note 8 Pro has been officially launched in India. The new Redmi phone has a 64-megapixel primary sensor as its USP. However, the smartphone also has some other highlights, including a gradient back panel and up to 128GB of onboard storage. As a successor to the Redmi Note 7 Pro that was launched in the country earlier this year with a dual rear camera setup, the Redmi Note 8 Pro houses a quad rear camera setup. The new smartphone by Xiaomi is also powered by the octa-core MediaTek Helio G90T. Additionally, it comes preloaded with Amazon Alexa, alongside the default Google Assistant, and utilises the dual wake functionality of the Helio G90T SoC to wake up the screen with any of the digital assistants. The latest launch comes just days after the Chinese company hit the mark of 100 million Redmi Note users globally.

The Redmi Note 8 Pro price in India is set at Rs. 14,999 for the 6GB RAM + 64GB storage variant, while its 6GB RAM + 128GB storage option is priced at Rs. 15,999, and the top-of-the-line 8GB RAM + 128GB storage model carries a price tag of Rs. 17,999. The phone comes in Gamma Green, Halo White, and Shadow Black colour options. Moreover, it will go on sale at 12pm IST from Monday, October 21 via Amazon India, Mi.com, and Mi Home stores. It will go on sale via offline retail outlets soon after, the company said. Xiaomi announced sale offers on the Redmi Note 8 Pro include double data on Airtel Rs. 249 and Rs. 349 recharges for 10 months.

The Redmi Note 8 Pro in India will compete strongly against the Realme XT that also sports a 64-megapixel primary sensor and comes with a waterdrop-style display notch.

Alongside the launch of the Redmi Note 8 Pro, Xiaomi at its event in New Delhi has announced MIUI 11. The new custom skin was launched in China last month with features such as dynamic font scaling and dynamic sounds effects. The MIUI 11 update also includes two new suites of office apps, namely Mi Work and Mi Go.

The dual-SIM (Nano) Redmi Note 8 Pro runs MIUI 10 based on Android Pie. It will receive MIUI 11 in December. It features 6.53-inch full-HD+ (1080x2340 pixels) screen with 19.5:9 aspect ratio. The phone comes with the waterdrop-style display notch and is protected with Corning Gorilla Glass 5 on both front and back. Under the hood, there is the octa-core MediaTek Helio G90T SoC, coupled with up to 8GB of RAM. The smartphone also has liquid cooling technology to reduce heat while playing graphic-intensive games. There are also features such as the Game Turbo 2.0 mode to please mobile gamers.

For photos and videos, the Redmi Note 8 Pro offers the quad rear camera setup that includes the 64-megapixel primary sensor with an f/1.89 lens. The camera setup also includes a secondary 8-megapixel sensor with an ultra-wide-angle f/2.2 lens that has a Field of View (FoV) of 120 degrees. Further, there are two 2-megapixel sensors -- one with an ultra-macro lens and the other one supporting depth sensing. For selfies, the phone houses a 20-megapixel camera sensor at the front along with an f/2.0 lens.

In terms of storage, the Redmi Note 8 Pro launched with up to 128GB of onboard UFS 2.1 storage that is expandable via a dedicated microSD card slot. Connectivity options on the phone include Wi-Fi 802.11ac, Bluetooth v5.0, GPS/ A-GPS, IR blaster, USB Type-C, and a 3.5mm headphone jack. There are sensors such as an accelerometer, ambient light, gyroscope, proximity sensor, and a magnetometer. The smartphone also comes with an rear-facing fingerprint sensor.

The Redmi Note 8 Pro launched with a a 4,500mAh battery that supports 18W fast charging support. Besides, the phone measures 161.7x76.4x8.81mm and weighs 200 grams. Apart from the dedicated microSD card slot, the dimensions and weight also differ from the China variant of the phone.

Editor's note: An earlier version of this article incorrectly claimed the Redmi Note 8 Pro had an in-display fingerprint. The error is regretted.