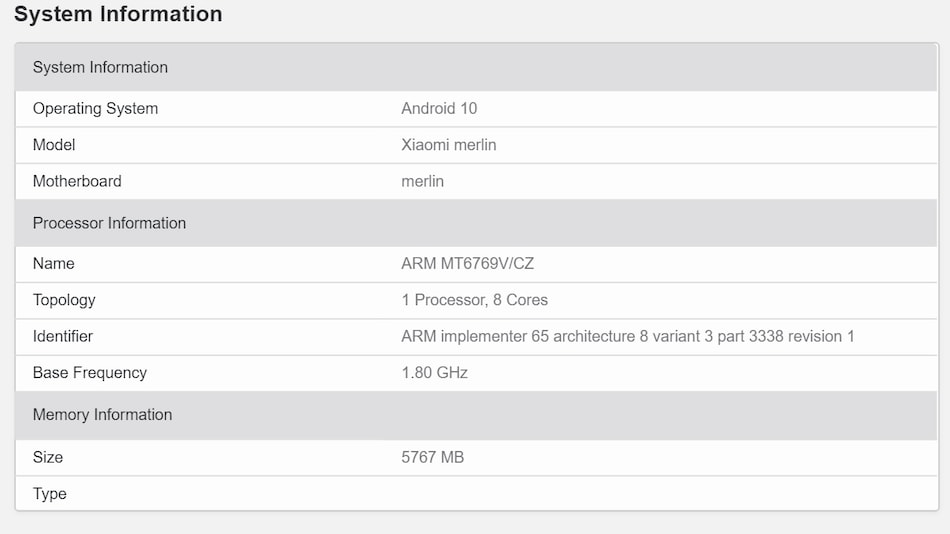 Xiaomi is all set to launch the Redmi Note 9 series in India on the March 12. And if the rumours are true, the Chinese smartphone maker will shake things up a bit this year and will unveil three phones – the standard Redmi Note 9, Redmi Note 9 Pro, and a Redmi Note 9 Pro Max. Just a day prior to the launch, the Redmi Note 9 has allegedly been spotted on Geekbench. The upcoming phone's visit on the benchmarking platform suggests a MediaTek processor at its heart, ticking alongside 6GB of RAM.

The alleged Redmi Note 9 Geekbench listing mentions the phone under the “Xiaomi Merlin” codename. The motherboard field on the benchmarking platform's database mentions MT6769V/CZ, which many reports claim is the MediaTek Helio G70. The clock speed mentioned on the Geekbench database is 1.80GHz, but the Helio G70 listing on the official MediaTek website mentions the base clock speed at 1.70GHz, while the peak frequency is 2GHz. Interestingly, we also ran Geekbench on the Realme C3, which is powered by the same Helio G70 SoC, but the results mentioned the CPU build as MT6763. A similar disparity was spotted when system information was accessed via the AIDA64 app.