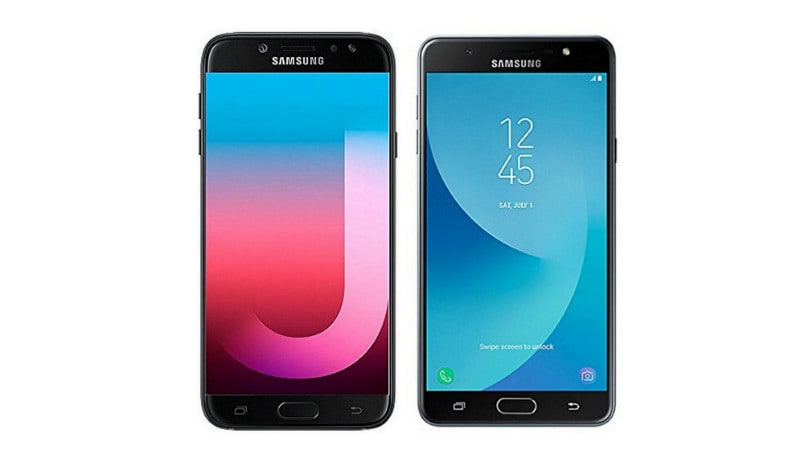 The new Galaxy J7 Pro and Galaxy J7 Max prices are listed on Samsung's online store as well as e-commerce sites such as Amazon and Flipkart. Similarly, Mumbai-based mobile retailer, Mahesh Telecom, in a recent tweet revealed that the price cut is applicable through offline retailers in the country as well. The retailer also mentioned that the Galaxy J7 Pro will be available with an additional Paytm cashback worth Rs. 2,000. We've reached out Samsung India to get formal confirmation on the price drop.

Launched in June last year, the Galaxy J7 Pro and Galaxy J7 Max are two of the company's popular mid-range smartphones. Both smartphones feature a slim metal unibody design and come with a fingerprint scanner-embedded Home button. The handsets flaunt Gold and Black colour. The Galaxy J7 Pro has Samsung Pay integration to offer a proprietary mobile payments standard by utilising the built-in NFC support. The Galaxy J7 Max, on the other hand, comes preloaded with Samsung Pay Mini that enables mobile payments, without requiring NFC, and offers mobile wallets and UPI integration.

The dual-SIM, Android Nougat-running Galaxy J7 Pro features a 5.5-inch full-HD (1080x1920 pixels) Super AMOLED display and is powered by an octa-core Exynos 7870 SoC, coupled with 3GB of RAM. The handset has 13-megapixel camera sensors on the front and back. Further, it comes with 64GB of onboard storage that is expandable via microSD card (up to 128GB). The handset has a 3600mAh battery and includes connectivity options such as Wi-Fi, Bluetooth, GPS/ A-GPS, Micro-USB port, and 4G LTE.

The dual-SIM Samsung Galaxy J7 Max runs Android 7.0 Nougat and has a 5.7-inch full-HD (1080x1920 pixels) display. Under the hood, there is a MediaTek Helio P20 octa-core SoC, coupled with 4GB of RAM. The smartphone has a 13-megapixel rear and front camera sensors with f/1.7 aperture and f/1.9 aperture, respectively. Both camera sensors come with LED flash. Also, there is a smart glow mode around the rear camera sensor that notifies users with a glowing effect. The handset has Wi-Fi, Bluetooth, and LTE as connectivity options and packs a 3300mAh battery.