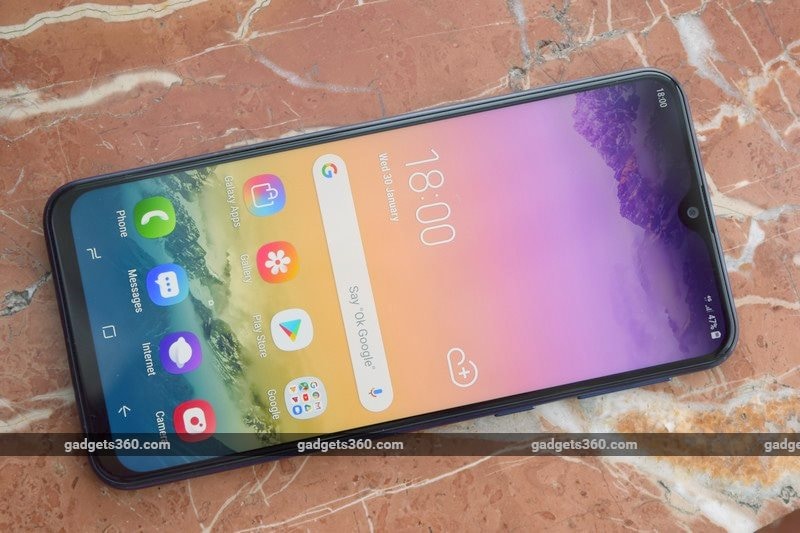 Samsung Galaxy M20 is now available through open sales in India. The phone, which was previously available through limited-period sale rounds, is now openly available for purchase through Amazon.in and Samsung Online Shop in the country. The new move comes weeks after Samsung brought the open sale of the Galaxy M10 that was launched alongside the Galaxy M20 last month. To recall, the Galaxy M10 and Galaxy M20 both are specifically targeted at millennials with Infinity-V Display panels and dual rear camera setups. The phones also come as the company's online-exclusive models to counter the budget phone options by companies such as Asus and Xiaomi.

The Twitter account of Samsung Mobile India on Thursday announced the open sale of the Galaxy M20. The formal tweet also confirmed that both the 3GB RAM/ 32GB storage and 4GB RAM/ 64GB storage variants are now available through the open sale.

The Samsung Galaxy M20 price in India is set at Rs. 10,990 for the 3GB RAM/ 32GB storage option, whereas its 4GB RAM/ 64GB storage model comes at Rs. 12,990. As we mentioned, the smartphone is available for purchase through Amazon.in and Samsung Online Shop. It comes in Charcoal Black and Ocean Blue colour variants.

Last month, Samsung started selling the Galaxy M10 in India through an open sale model. Both the Galaxy M10 and Galaxy M20 were originally available via flash sale rounds in the country.

To recall, Samsung launched the Galaxy M10 and Galaxy M20 as its first M-series models in late January. Both new models come with Infinity-V Display panels and sport dual rear camera setup to take on the competition.

Alongside the Galaxy M10 and Galaxy M20, Samsung has the Galaxy M30 under its M series. That model is still available through limited-period sale rounds in the country, and its next sale is scheduled for March 19.

In terms of optics, the Galaxy M20 has a dual rear camera setup that comprises a 13-megapixel primary sensor, along with sporting an f/1.9 lens, and a 5-megapixel ultra-wide sensor. The phone also has an 8-megapixel sensor at the front along with an f/2.0 lens.

The Samsung Galaxy M20 has 32GB and 64GB of onboard storage options that both are expandable via microSD card (up to 512GB). There is a fingerprint sensor at the back, though the phone also has a face unlock feature. Besides, it packs a 5,000mAh battery that supports fast charging via built-in USB Type-C port.