One of the leaked images shows the name ‘Galaxy S20+ 5G’ splashed across the screen. So, that essentially removes the Galaxy S11 name from the equation. 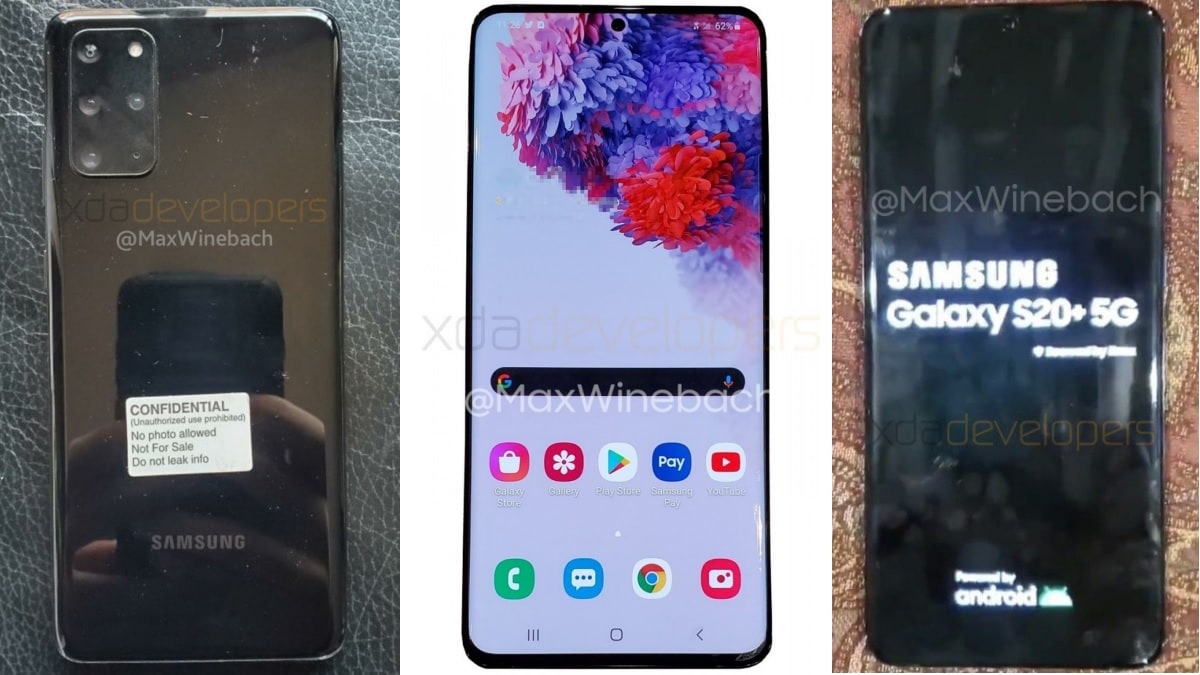 Samsung's next wave of flagship phones - tipped to debut under the Galaxy S20 series - have appeared in multiple leaks so far, giving us a hint of their powerful internals. While concept renders popping up online have shown us a glimpse of what the phones might look like, alleged live images of the Galaxy S20+ 5G have now hit the leak arena. The leaked images claim to the show the Galaxy S20+ 5G phone packing a quad rear camera setup. Over at the front, the phone can be seen flaunting the familiar Infinity-O design with a centrally-positioned hole-punch at the top.

Coming to the leaked images, the Galaxy S20+ 5G is depicted in a black colour sporting what appears to be a glass-made rear panel akin to its predecessor. There is a huge camera bump, just like the one we saw in leaked images. It houses four camera lenses - most likely a regular RGB snapper, a wide-angle shooter, a telephoto lens, and a macro camera. As per reports, the Galaxy S20+ 5G will pack a 108-megapixel in-house ISOCELL sensor, accompanied by a 48-megapixel telephoto lens. The phone is rumoured to employ a periscope camera module and will reportedly bring 5x optical zoom capability to the table.

Over at the front, the Galaxy S20+ 5G can be seen sporting a centred hole-punch, a design that is now making its way to more Samsung phones following the debut of Galaxy Note 10 duo. The report adds that Samsung has gone for a 2.5D curved glass panel, but the curvature is very subtle and the display looks almost flat. The phone will reportedly come with a screen protector pre-installed. Nothing is known about the resolution so far, but the panel will most likely be a Super AMOLED unit from the company's own inventory. Another notable element is the absence of a dedicated Bixby button on the Samsung Galaxy S20+ 5G.