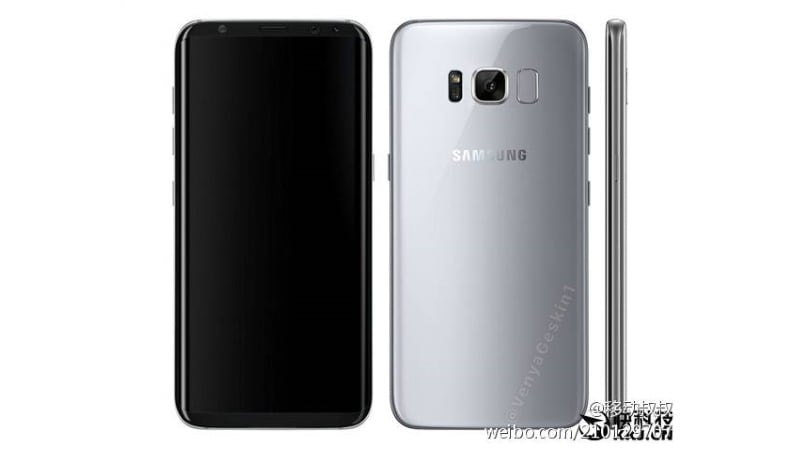 Samsung's upcoming flagship smartphone Galaxy S8 has been leaked in a profusion of rumours and reports, and the South-Korean giant has planned to skip MWC 2017 and unveil the reported two Galaxy S8 models at a later date. Earlier this week, a Chinese tipster revealed that a 6GB RAM/ 128GB storage Galaxy S8 model will hit the Chinese and South Korean markets, besides the rumoured 4GB/64GB variant. Now, the price and availability details have also been revealed by him.

Alongside, the Chinese tipster has also said that the 6GB variant will be exclusive to the Asian markets of China and South Korea. In these regions, the Samsung Galaxy S8 will be offered in two storage variants (64GB and 128GB) but with 6GB of RAM. The Chinese tipster has also shared an image on Twitter that he claims could be the Galaxy S8. The image shows no home button on the front, in line with earlier multiple leaks, and the rear side shows a fingerprint scanner placed in line with camera and lens, which was shown in a concept render earlier as well. As shown in the image, there are three buttons on the left of the device, reiterating the earlier reports of the Bixby button along with volume rockers. However, the right side of the devices just has the power button.

While the image's authenticity cannot be verified, the tipster goes on to say that he's 'received some information' and this is what the Galaxy S8 will finally look like. To recall, last month a Twitter user shared a concept image render of Samsung Galaxy S8 that looks exactly the same as the one shared by the tipster who goes by @mmdj_china on Twitter.