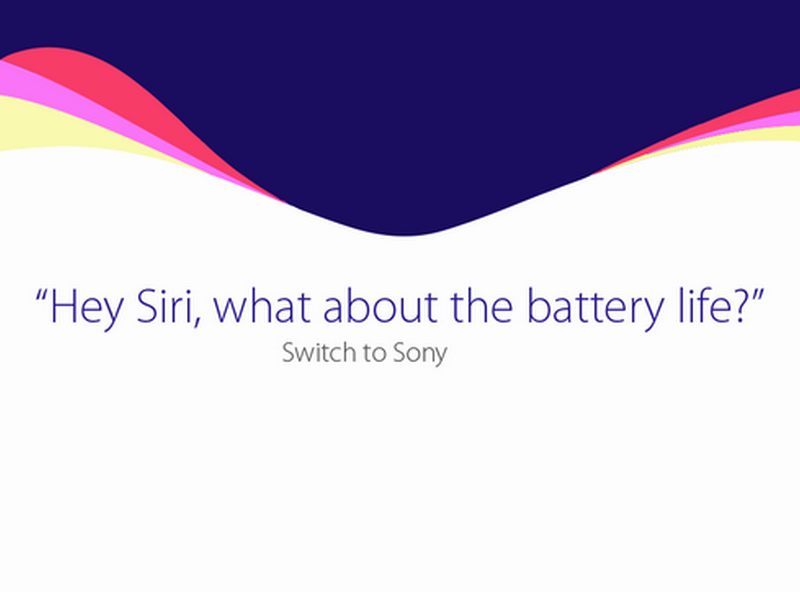 The rivalry between smartphone companies is very real and no opportunity to knock the other down goes unused. Moments after Apple announced its new iPhone models and the iPad Pro, Sony and Samsung took to Twitter to express themselves as subtly as they could.

The new iPhone 6s and 6s Plus come with a host of new improvements like stronger construction, 3D Touch display, 12-megapixel iSight camera sensor but no big improvements to the battery life, at least on paper. Sony was quick to spot this and took this opportunity to highlight the '2-day' battery life on their Xperia Z5 series. The company tweeted a picture of a modified Apple invite which asked Siri if the battery life on the new iPhones was any good, to which the reply was "Switch to Sony". Taking a closer look at the tweet itself, we feel this stunt might have backfired a little as the comments weren't exactly supportive to say the least.

Samsung on the other hand was a bit more subtle in its mocking. It went after Apple's new stylus for the iPad Pro, called Apple Pencil. While both are pretty similar in terms of function, Apple Pencil will have to be purchased as a separate accessory and Samsung's S Pen comes bundled with all their Note series phones and tabs. As one would expect, Samsung's tweet got a more sober response from its followers.

The new technology in Apple's latest devices gives us a glimpse in the next big trend for smartphones and tablets. Force Touch displays seem to be the new trend after fingerprint scanners and 2K resolutions and we expect all the big boys in the Android camp to follow suite after Huawei announced the Mate S at IFA 2015.