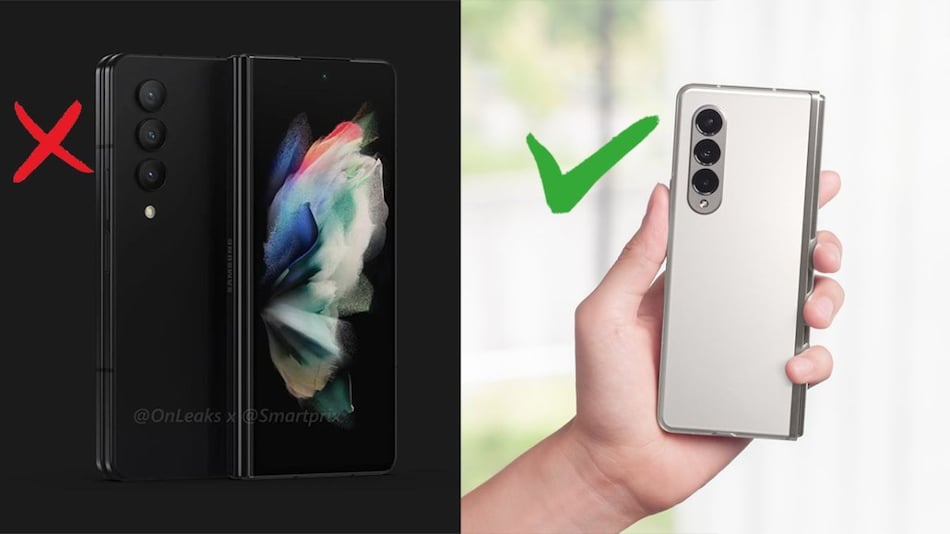 Samsung Galaxy Z Fold 4 will be equipped with a camera module similar to its predecessor, according to a tipster. The latest renders show a silver metallic housing surrounding the triple rear camera setup. Previously, alleged leaked renders of the smartphone had suggested that the handset would feature a differently styled camera module. The tipster also claims that the primary camera of the foldable phone will be equipped with a 50-megapixel shooter. The smartphone is tipped to launch at the same price as its predecessor.

Tipster TechTalkTV shared a new render of the Samsung Galaxy Z Fold 4 on Twitter that shows a camera module with a similar design as the Galaxy Z Fold 3. The latest render shows the triple rear camera setup on the smartphone surrounded by a silver metallic housing. The upcoming foldable handset will feature a 50-megapixel primary camera. The new render appears to refute the claims regarding the design of the camera module shown in previously shared renders.

Samsung Galaxy Z Fold 4 will reportedly be equipped with a wider display with a 23:9 aspect ratio. The outer display of the foldable phone is said to feature a 2,048x793 pixels resolution. According to a report, the Galaxy Z Fold 4 is expected to be powered by the Qualcomm Snapdragon 8+ Gen 1 SoC. The handset was previously spotted on benchmarking website Geekbench, with the model number SM-F936U. The smartphone is expected to run Android 12 out-of-the-box.