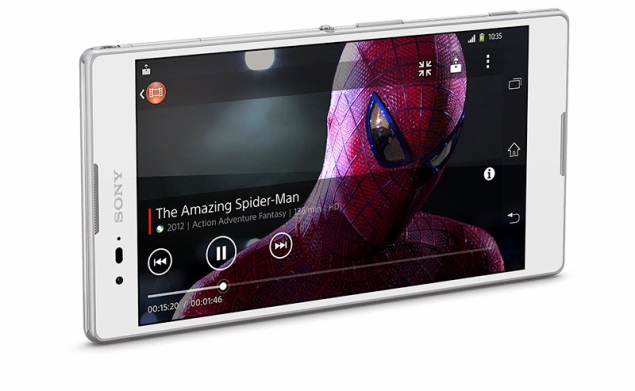 Sony's recently announced mid-range smartphone, the Xperia T2 Ultra Dual, has been officially launched in India with a price tag of Rs. 25,990. The smartphone will be available from Thursday at Sony Center stores, Xperia Flagship stores and major electronic stores across India.

The Sony Xperia T2 Ultra Dual sports the same innards as its single-SIM version. The phablet runs Android 4.3 Jelly Bean out-of-the-box. It comes with a 6-inch HD Triluminos display with Mobile Bravia Engine 2 and offers a resolution of 720x1280 pixels.

The phablet is powered by a quad-core 1.4GHz Snapdragon 400 (MSM8928) processor with 1GB of RAM. It comes with 8GB of inbuilt storage, which can be further expandable up to 32GB via microSD card. The phablet sports a 13-megapixel rear camera with Exmor RS sensor, and also houses a 1.1-megapixel front-facing camera with an Exmor R sensor. The Xperia T2 Ultra Dual packs a 3000mAh battery with battery STAMINA Mode. The handset is available in three colour variants - Purple, White and Black.

Notably while the single-SIM variant of the Xperia T2 Ultra has not been made officially available, the phone was listed back in February at an online retailer for Rs. 32,000.

Earlier this month, Sony launched its Xperia E1 for the Indian market priced at Rs. 9,490 and Rs. 10, 490 respectively. The Sony Xperia E1 is the single SIM variant, while the Xperia E1 Dual is the dual-SIM (GSM+GSM) variant, and both models otherwise come with identical specifications.