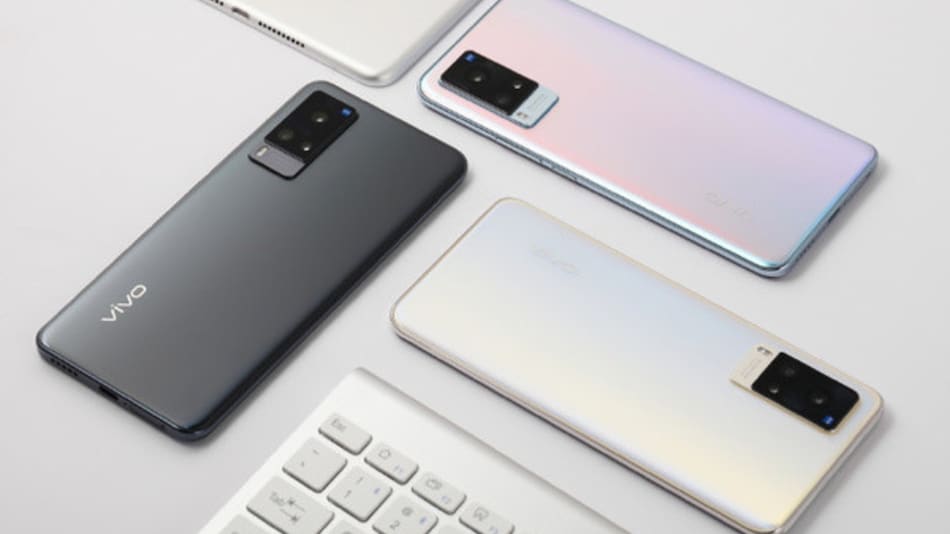 Vivo X60 appears on the Web in three distinct colours

Vivo X60 alleged live images have leaked just a couple of weeks ahead of its launch on December 29. The images give us a fair idea of how the phone could look and suggest some of its possible specifications. The Vivo X60 is also tipped to launch as the world's thinnest 5G smartphone — thinner than the iPhone 12 and the iPhone 12 mini that come with a thickness of 7.4mm. Vivo has already confirmed that the X60 series will come with Exynos 1080 SoC and include Zeiss optics.

As reported by CNMO, a tipster has posted shots purportedly showing the Vivo X60 live in three distinct colour options. The smartphone appears to retain the gradient finish that was featured on the Vivo X50 series last year. Zeiss branding is also visible at the back of the leaked smartphone — just above the camera setup.

The Vivo X60 will come with triple rear cameras, while the Vivo X60 Pro will feature quad rear cameras, as suggested by the recent teasers posted on Weibo. The live images surfaced online also suggest three cameras at the back of the Vivo X60, along with a slight bump. Further, the phone seems to have a USB Type-C port, a loudspeaker grille, SIM card slot, and a primary microphone at the bottom.

At the top, the Vivo X60 appears to have a secondary microphone and a tagline that says, “Professional Photography”.

Vivo X60 appears to have a secondary microphone at the top
Photo Credit: CNMO/ Weibo

In addition to the live images, a tipster on Weibo has claimed that the Vivo X60 would be the thinnest 5G phone in the market, with a 7.3mm thickness. This is less than the 7.4mm thickness of the iPhone 12 and the iPhone 12 mini.

The Vivo X60 series is coming to China later this month with Exynos 1080 SoC. It will come as a successor to the Vivo X50 phones that debuted in June. The Vivo X60 and X60 Pro are both likely to run on the company's OriginOS out-of-the-box. A recent leak also suggested a hole-punch design on both Vivo phones, with the X60 carrying a flat display and the X60 Pro featuring a curved design.