Samsung Galaxy A03s has appeared on the BIS website with model number SM-A037F/DS. 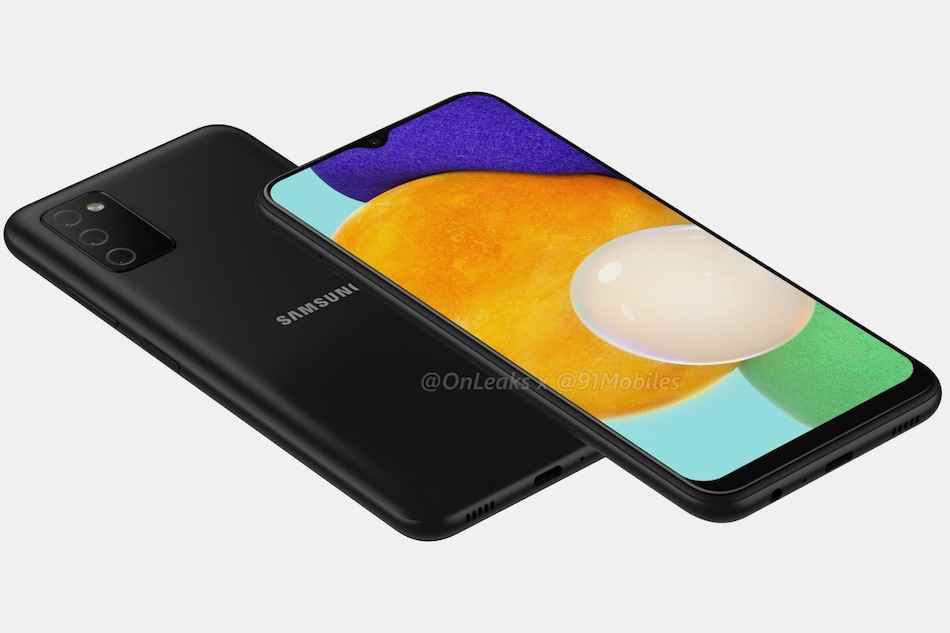 Samsung Galaxy A03s appeared on some renders in May

Samsung Galaxy A03s launch in India could be around the corner as the smartphone has apparently received a certification from the Bureau of Indian Standards (BIS). The new Samsung phone, that first surfaced online in May, is expected to debut as a successor to last year's Galaxy A02s and include features such as triple rear cameras and a waterdrop-style display notch. In addition to the BIS certification, Samsung Galaxy A03s has also surfaced on the Bluetooth Special Interest Group (SIG) website.

As reported by MySmartPrice, Samsung Galaxy A03s has appeared on the BIS website wit model number SM-A037F/DS. The listing, which Gadgets 360 independently verified, also confirms that the phone received the certification just on Thursday.

The BIS certification doesn't mention whether the listed phone is Samsung Galaxy A03s. But nonetheless, the certification appearing on the Bluetooth SIG site clearly shows that the model number SM-A037F/DS is associated with the phone that has the Galaxy A03s product name.

Both certification sites do not reveal any specifications of Samsung Galaxy A03s, though the Bluetooth SIG site does mention Bluetooth v5 connectivity on the phone.

Having said that, some of its specifications as well as renders were leaked earlier this year to suggest what can be expected.

Samsung Galaxy A03s is rumoured to have a 6.5-inch Infinity-V Display and a 5-megapixel selfie camera at the front. It could also offer a triple rear camera setup that includes a 13-megapixel primary sensor, along with two 2-megapixel sensors. Further, the phone could come with a side-mounted fingerprint sensor and a USB Type-C port. It may also offer a 3.5mm headphone jack. Samsung Galaxy A03s is said to measure 166.6x75.9x9.1mm.

Samsung has not yet provided any particular details about the Galaxy A03s launch. It is, therefore, safe to consider these details with some a pinch of salt.