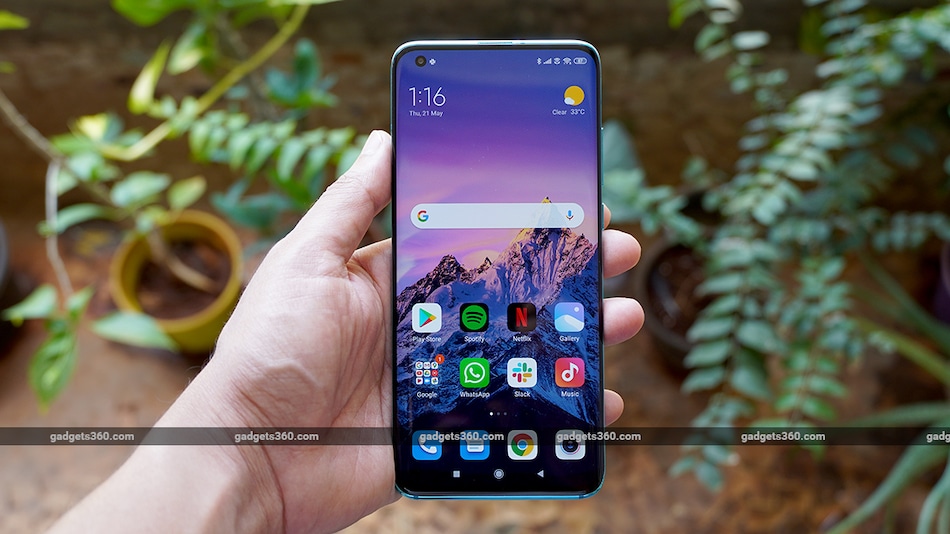 Mi 10 has started receiving its Android 11-based MIUI 12 update in India. The new update comes almost six months after Xiaomi started testing Android 11 for the Mi 10 under its beta programme. The update isn't likely to bring a lot of interface-level changes to the flagship phone as it will still have Xiaomi's existing MIUI 12 on top of the latest Android version. The Mi 10 was launched with Android 10 in the Indian market in May. It came as the first Mi-series flagship after the Mi 5 debuted back in April 2016. The smartphone, however, received an upgrade in the form of Mi 10T in October this year.

The Mi India account on Twitter announced the rollout of Android 11 for the Mi 10. The update brings MIUI V12.2.2.0.RJBINXM and is 2.8GB in size, as per the user reports posted on the microblogging platform.

You can check for the Android 11 update by going into Settings > About phone on your Mi 10.

In June, Xiaomi started testing the Android 11 update for the Mi 10 by launching its first beta release. The Mi 10 is, however, not the first Xiaomi phone to get the latest Android update. The company brought Android 11 to the Redmi Note 9 Pro last month and has also recently started rolling out the new operating system for the Poco F2 Pro.

Unlike Xiaomi, companies including OnePlus and Samsung brought Android 11 to their flagship phones shortly after its release earlier this year. Google rolled out the new Android version for its Pixel phones in September.