OnePlus 8 Pro vs Mi 10 5G: Which Is the Best Value Flagship?

It’s time to settle this once and for all 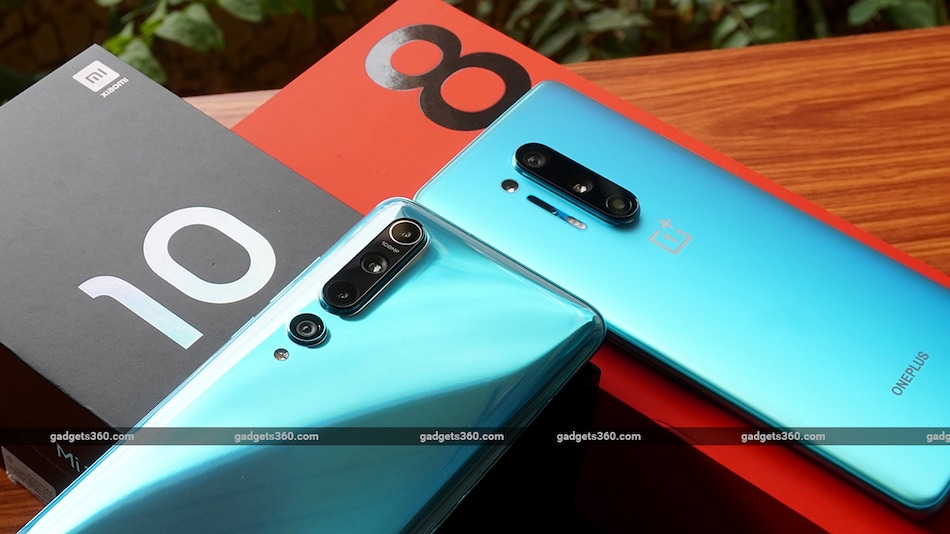 The OnePlus 8 Pro and Mi 10 5G are comparably feature-packed, with the major differentiating factors being the cameras and software, so we'll be focusing more on these areas.

In my opinion, the cameras are going to be the main deciding factor for most people, so let's start with them. Both smartphones have impressive main cameras. The Mi 10 5G uses a 108-megapixel Samsung sensor, while the OnePlus 8 Pro uses the new Sony IMX689 48-megapixel sensor. Both do 4-in-1 pixel binning, and both have OIS as well as large apertures. You can see the rest of the camera specifications in the table below.

When shooting in daylight, both phones do a good job with details, but the OnePlus 8 Pro manages better dynamic range and has a more neutral colour tone. The Mi 10 5G tends to crush black regions such as shadows, and has a warmer colour tone. The Mi 10 5G's wide-angle camera captures better exposures in the same scene, but details are weaker, with visible grain in the clouds. The OnePlus 8 Pro maintains its neutral tone, while having better details. I would pick the 8 Pro for landscape photography, simply because it has a more consistent colour tone across the main and wide-angle cameras.

Close-up shots taken with both phones' primary cameras are nearly identical. The Mi 10 5G has a slightly richer colour tone but other than that, both are evenly matched. Looking at super macros or extreme close-ups, whatever you want to call them, the OnePlus 8 Pro gets an easy win here as it produces much better colours and details. Portrait mode works well on both too, with the only difference being more saturated colours from the Mi 10 5G.

You can get equally good details with both phones when shooting at the native resolution of their primary sensors. The Mi 10 5G lets you crop and magnify parts of the frame further of course, thanks to the higher resolution, but the OnePlus 8 Pro is not bad either.

Selfies taken in daylight with the OnePlus 8 Pro look better, with more natural skin tones and less aggressive beautification compared to what the Mi 10 5G captures. OnePlus continues to one-up the Mi 10 5G when shooting against the light too, thanks to better dynamic range.

In low light, the main cameras of both phones are very competent. I'd go with the OnePlus 8 Pro again, since it doesn't unnecessarily boost colours, and textures look more natural and less smoothened. Night mode produces similar results on both phones. The OnePlus 8 Pro's wide-angle shots taken in low light look better, as Night mode is available, unlike with the Mi 10 5G. The OnePlus 8 Pro also takes more natural-looking selfies and its screen flash offers more even illumination, compared to Xiaomi's offering.

Overall, I think the OnePlus 8 Pro has the better cameras and is the one I'd pick, if I had to decide based on this alone. The Mi 10 5G has some camera features that the OnePlus 8 Pro lacks, such as the ability to shoot at 8K 30fps, and a Pro mode for videos too. The 8 Pro might not have such frills, but it nails the fundamentals, such as the ability to switch between sensors while shooting, and automatically engaging macro mode when you move close enough to a subject. These little conveniences are missing from the Mi 10 5G.

The second-most important deciding factor in my opinion would be the software. Both MIUI and OxygenOS have a tonne of features which let you customise the look and feel of Android, but I think this round also deserves to go to the OnePlus 8 Pro. The simple reason for this is that OxygenOS doesn't have a lot of bloatware, and doesn't bombard your notification shade with annoying alerts from its stock apps. Xiaomi had assured us that Mi 10 5G users would not face the same spammy MIUI experience that we get with its budget phones, but in my experience, the problem hasn't been completely eliminated.

This part is a little subjective but I feel that both companies have done fantastic jobs crafting their respective phones. The OnePlus 8 Pro and the Mi 10 5G are large and heavy smartphones but look and feel highly premium. Both phones' displays have slim bezels on the left and right with hole-punch cutouts for their front cameras. Neither one has a headphone jack, and there's no option to expand the storage.

The OnePlus 8 Pro has louder sounding stereo speakers, and benefits from Dolby Atmos, compared to the Mi 10 5G. The 8 Pro also has an IP68 rating, making it dust and water resistant. The Mi 10 5G only gets a P2i coating to repel light splashes of water.

General performance is similar, as the OnePlus 8 Pro and Mi 10 5G both use Qualcomm's latest Snapdragon 865 5G SoC. Both also feature LPDDR5 RAM and UFS 3.0 flash storage. Gaming performance is great across both devices, with no complaints here. However, in my experience, the Mi 10 5G gets hot much quicker than the OnePlus 8 Pro. Even taking a few pictures is enough for the metal frame to get warm.

Both phones have vivid AMOLED displays but I prefer the one on the OnePlus 8 Pro since it runs at a higher resolution and refresh rate, compared to the Mi 10 5G. The 8 Pro has a QHD+ resolution and a 120Hz refresh rate, compared to the full-HD+ resolution and 90Hz refresh rate of the Mi 10 5G. Both can play HDR10 content and give users options to tune the display's colour profile, which is good. There are also in-display fingerprint sensors on both phones, although I did find the OnePlus 8 Pro to be slightly quicker and more consistent with authentication.

The Mi 10 5G has a larger 4,780mAh battery, compared to the 4,510mAh battery in the OnePlus 8 Pro. Surprisingly, the 8 Pro ran a good seven hours longer in our HD video loop test, compared to the Mi 10 5G. Both phones have 30W fast wired charging, when using their respective bundled chargers, and also support wireless charging at up to 30W. Reverse wireless charging is also present on both phones.

Verdict: Which phone deserves your money?

The Mi 10 5G is a strong attempt from Xiaomi, but I feel that the OnePlus 8 Pro is just a better package overall.