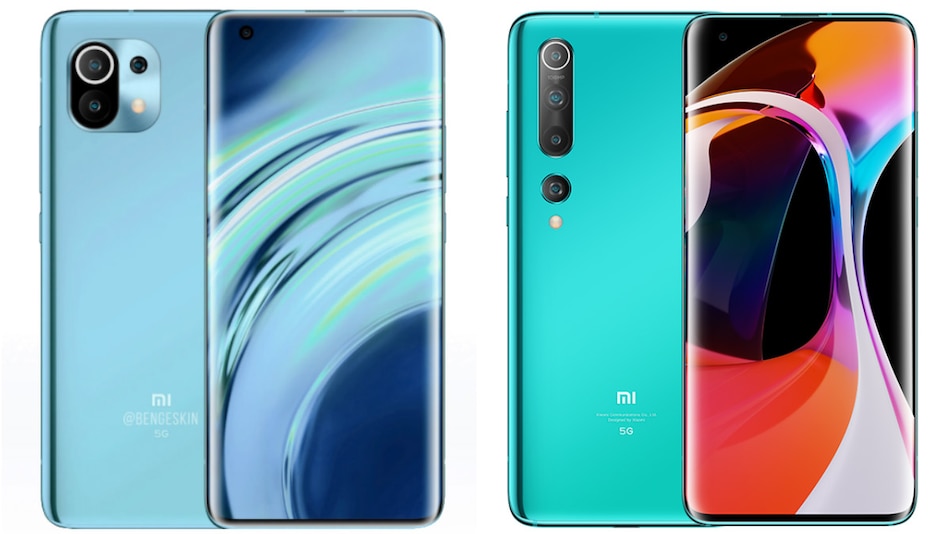 Xiaomi Mi 11 has recently been launched as the company's latest flagship phone. The Xiaomi Mi 11 is also the first smartphone to debut with the Qualcomm Snapdragon 888 SoC. The phone comes with a display that is made of E4 light emitting material, and features curved edges on all four sides. The smartphone also has a triple rear camera setup with a 108-megapixel primary sensor. It packs a 4,600mAh battery that supports Mi TurboCharge 55W wired and 50W wireless charging. It's the successor to the Xiaomi Mi 10, which launched in India in May, as a "value flagship" phone, a space which OnePlus has managed to dominate so far.

In our Xiaomi Mi 10 review the phone scored a very good 9 out of 10, thanks to its attractive design, fast wireless charging, and good camera display, to name a few of its strong points. Since then though, a lot of time has passed and there are a lot of strong competitors in the market. So what else does the new Xiaomi Mi 11 bring to the table? Here's what we can say so far.

Xiaomi Mi 11 features a 6.81-inch 2K WQHD (1,440x3,200 pixels) AMOLED display with 1500 nits of peak brightness, 5000000:1 contrast ratio, and 515ppi of pixel density. The display has a hole-punch design and comes with up to 120Hz refresh rate as well as a touch sampling rate of 480Hz. The display offers DCI-P3 colour gamut as well as supports HDR10+ and Motion Estimation, Motion Compensation (MEMC). There is a Corning Gorilla Glass Victus protection on top.

Xiaomi Mi 10 features a 6.67-inch full-HD+ (1,080x2,340 pixels) 3D curved E3 AMOLED display with a 90Hz refresh rate, 180Hz touch-sampling rate, and a 19.5:9 aspect ratio. It offers 1,120 nits peak brightness and a DotDisplay (company speak for hole-punch) design for the selfie camera cutout. When it comes to power, the Xiaomi Mi 11 features the recently-launched octa-core Qualcomm Snapdragon 888 SoC, which is paired with up to 12GB of LPDDR5 RAM. The Xiaomi Mi 10 is equipped with last year's Qualcomm flagship Snapdragon 865 SoC, which is coupled with 8GB of LPDDR5 RAM (in India).

Xiaomi Mi 10, on the other hand, features a quad rear camera setup that includes a 108-megapixel primary sensor with a seven-piece lens and optical image stabilisation (OIS). It is accompanied by a 13-megapixel wide-angle lens that has a 123-degree field of view and an f/2.4 aperture., and a pair of 2-megapixel cameras with f/2.4 lenses. For selfies, the both Xiaomi Mi 11 and Mi 10 have 20-megapixel cameras at the front.