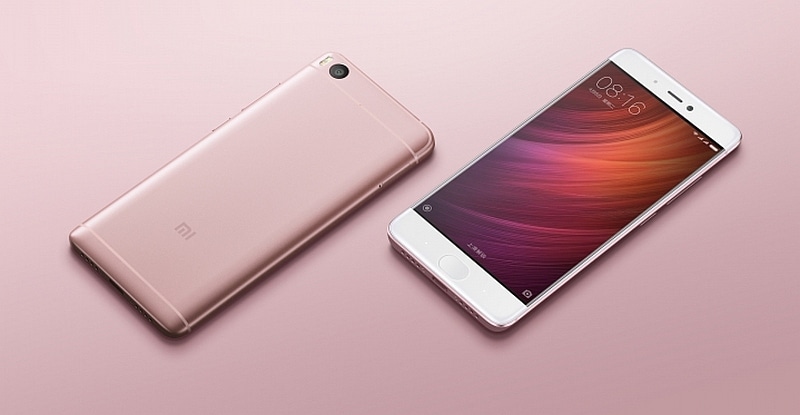 The Xiaomi Mi 5s features a 5.15-inch full-HD (1080x1920 pixels) display with NTSC 95 percent colour gamut and a brightness of 600 nits. The company claims the display bears 16 ultra-bright LED lights to help further boost brightness. The Mi 5s Plus on the other hand features a 5.7-inch display with the same resolution, but a brightness of 550 nits, and a NTSC 94 percent colour gamut. The 4GB+128GB variant comes with a pressure sensitive display.

The Mi 5s Plus (seen below) bears a dual rear camera setup, with two 13-megapixel sensors - one for colour, and the other for black and white. The Mi 5s on the other hand bears a single 12-megapixel rear camera, with Sony IMX 378 sensor and an f/2.0 aperture. Both smartphones support PDAF autofocus, and both bear a 4-megapixel front-facing camera with 2-micron pixels and an f/2.0 aperture. Other differences between the smartphones include the clock speed of the processor. While the Mi 5s bears a 2.15GHz Snapdragon 821 SoC, the Mi 5s Plus bears a 2.35GHz Snapdragon 821 SoC.