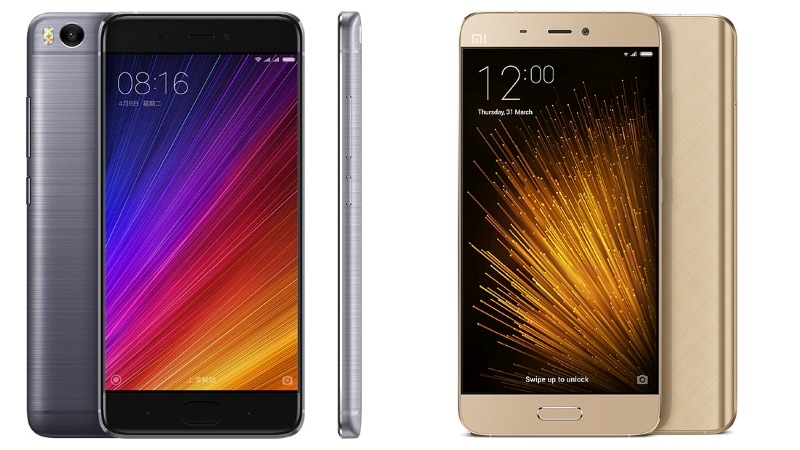 Xiaomi at an event on Tuesday unveiled an upgraded variant of the Mi 5 flagship smartphone. The new Xiaomi Mi 5s and the bigger Mi 5s Plus spors an all-metal body and come powered with a Qualcomm Snapdragon 821 processor.

If you are thinking of buying the new Mi 5s but getting confused with the existing Mi 5, make sure to check the differences between the Mi 5s, Mi 5s Plus, and Mi 5 smartphones.

Display
The all-new Xiaomi Mi 5s sports a 5.15-inch full-HD display with 600-nit brightness and 95 percent NTSC color gamut. The original Xiaomi Mi 5 also came with a similar display set-up and much like the new Mi 5s, used 16 LED lights. Both the Mi 5 and Mi 5s come with pixel densities of 428ppi. Notably, the 4GB RAM + 128GB storage variant of the Mi 5s sports a pressure sensitive display, though the company hasn't detailed what additional interface options this brings.

The Xiaomi Mi 5s Plus, on the other hand, features a bigger 5.7-inch full-HD display with 550-nit brightness and 94 percent NTSC color gamut. It comes with a pixel density of 386ppi.

The original Mi 5 came with a regular planar fingerprint scanner that was embedded on the home button.

The Mi 5s Plus, on the other hand, sports dual-camera setup at the rear. One camera is meant to capture colour images, while the second captures back and white images, helping provide better colour accuracy and depth sensing. Both sensors are 13-megapixel, and the setup supports PDAF, HDR, raw image support, and dual-LED flash. It also sports a 4-megapixel front-facing camera. Much like the Mi 5s, the Mi 5s Plus also supports 4K, 1080p, and 720p videos.

Much like the Mi 5, the Mi 5s and Mi 5s Plus sport USB Type-C and come with Quick Charge 3.0 for fast charging.