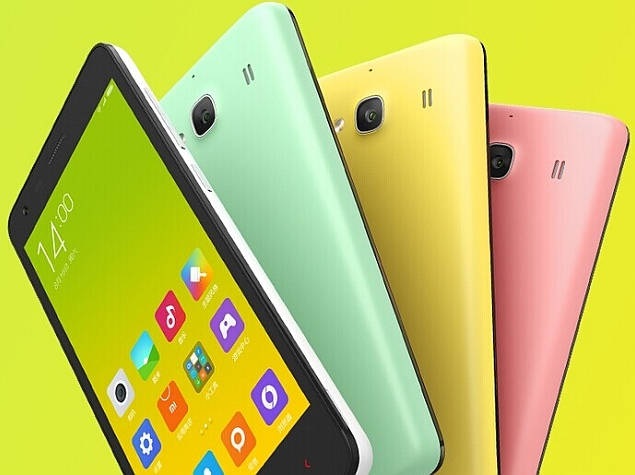 Xiaomi India, as expected, has announced a price cut for its budget Redmi 2 smartphone, making the handset Rs. 1,000 cheaper than the launch price.

The Xiaomi Redmi 2 will be available at its new price of Rs. 5,999 starting Tuesday via the company's online store (Mi.com) as well as Flipkart, Amazon, and Snapdeal, The Mobile Store and Airtel retail stores.

To recall, Xiaomi India launched the Redmi 2 at Rs. 6,999 and the smartphone went on sale in its first flash sale on March 24.

Announcing the price cut, Xiaomi India in a press statement said, "Lower costs have enabled us to reduce the price of Redmi 2, and this translates into savings that Mi fans can enjoy."

The price cut on the Xiaomi Redmi 2 (Review | Picture) was expected as the Redmi Note 4G is now available at Rs. 7,999 and it could have affected the sales of the Redmi 2 in India. The Xiaomi Redmi 2's new price tag is expected to get an enthusiastic response, and it will be interesting to see how well the smartphone performs in the market that now has a lot of competition in sub-Rs. 8,000 segment. The price cut on the Redmi 2 undercuts a lot of smartphones that are available in the same price category such as Micromax's Yu Yuphoria, which is selling currently at Rs. 6,999; the Motorola Moto E (Gen 2) 4G, available at Rs. 7,999, and the Lenovo A6000 Plus, retailing at Rs. 7,499.

The Redmi 2 runs on a 64-bit 1.2GHz Qualcomm Snapdragon 410 processor (Cortex-A53) coupled with 1GB of RAM and Adreno 306 GPU. It sports an 8-megapixel rear camera along with a 2-megapxiel front-facing camera. It houses 8GB of inbuilt storage, which can be expanded via microSD card (up to 32GB). The Xiaomi Redmi 2 is backed by a 2200mAh battery.

Why Apple's Beats 1 Radio Has Me Completely Hooked
Historic Flyby of Pluto on Track Despite Probe Glitch, Nasa Says