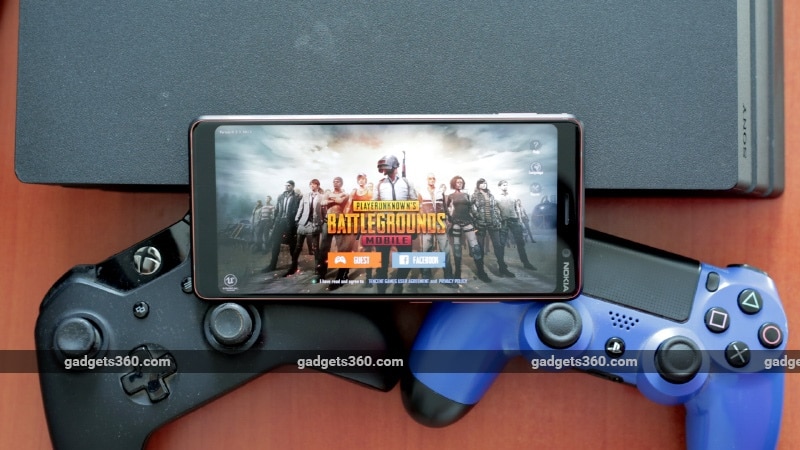 Carved from a single block of aluminium, the Nokia 7 Plus has a striking 6-inch display in the mould of contemporary smartphones. It’s the only one in HMD Global’s range right now to offer an 18:9 display ratio and has a resolution of 1080x2160 pixels. It’s also one of the few devices in India with a Snapdragon 660 SoC. According to Qualcomm, the Snapdragon 660 SoC is built to support features like on-device artificial intelligence, advanced photography, and most importantly, enhanced gaming. Along with this, the Nokia 7 Plus is paired with 4GB RAM, and a generous 3800mAh battery. Is it any good for gaming on the go? We find out.

For this, we picked our favourite games that have a heavy emphasis on great visuals. These include battle royale shooter PUBG Mobile, arcade-inspired Asphalt 8, Dota 2-clone Arena of Valor, and futuristic racer Breakneck. This time around GTA San Andreas isn’t being considered due to compatibility issues we’ve faced with the game in past reviews, thanks to GTA creator Rockstar not having updated the game since 2015. Also missing are the likes of Subway Surfers and Candy Crush Saga because if your phone can run our test games, it can run these just fine. The objective here is to see if the Nokia 7 Plus can be a decent budget mobile gaming option.

The first thing that struck us is how smooth it is to hold, particularly in landscape mode. This is probably due to the back of the Nokia 7 Plus having what HMD Global describes as a “ceramic-feel coating", combined with thin chamfered copper edges. This makes gripping it over extended periods a bit of a challenge, despite it feeling solid in hand.

That said, the first game we tried was PUBG Mobile. Developed by Tencent instead of PUBG Corp, its quickly gaining recognition as one of the smoother smartphone experiences around. On the large display of the Nokia 7 Plus it looked great while defaulting to the Medium preset. Details such as weapon models, foliage, and explosions looked good and it maintained a solid frame rate even in hectic scenarios, like running from an aerial bombardment.

Dropping the setting down to the Low preset gave us a slight bump in frame rate, but we preferred the sharper presentation of Medium. Turning it up to High resulted in minor stutter and unresponsiveness that quickly made us switch back to Medium despite the better graphics. The experience of PUBG Mobile on the Nokia 7 Plus was not too dissimilar to playing the game on a OnePlus 3T that debuted in late 2016 with the high-end Snapdragon 821 chipset and 6GB RAM, indicating how much progress has been made with bringing performance benefits to current mid-range devices like the Nokia 7 Plus.

Next up was Asphalt 8. The popular racing game from Gameloft launched with the highest graphics preset at default. There’s a good amount of of detail present thanks to liberal use of god rays, snow and rain. However Asphalt 8 has usually been one of the better optimised games around and its performance was proof of that save one glaring annoyance. The sunny Nevada track looked great and ran fluid, as did the likes of Iceland and London. But while Asphalt 8’s rainy take on Tokyo was a treat to look at as always, there were some noticeable instances of slowdown which made racing far from fun. This was rectified by playing it on the medium graphics option. That said, it could be an issue specific to the Tokyo level as other levels with just as many effects ran perfectly fine.

After this, we tried Breakneck. This is a futuristic racer similar to Nintendo’s F-Zero or Sony’s Wipeout games. It defaulted to the highest preset and looked fantastic thanks to slick effects and rocket-like speed. And while gameplay was silky smooth as well as looking sharp, Breakneck gave us cause for concern due to how warm the Nokia 7 Plus got. It was not a problem with other games, but with Breakneck things got really warm. The 6000 series aluminium with its ceramic-feel coating felt toasty. Pushing Breakneck down to Medium resolved this concern though at an obvious loss in visual fidelity.

The last game we checked out is Arena of Valor. It’s the mobile equivalent of Dota 2, or League of Legends, with an emphasis on quick responses and is one of the few smartphone games with a frame rate counter. With the highest preset (that gives you detailed textures, particles and effects) and with the High Frame Rate Mode toggled on (which isn’t available on every phone, just those that have high enough specs, and pushes battery use to the maximum in order for the smoothest level of gameplay) we averaged around 56 frames per second to 57fps, dropping to around 53fps in demanding moments with multiple enemies on screen. High frame rate mode off saw the game capped to just about 30fps. Needless to say, it’s best played with High Frame Rate Mode switched on, making for a superlative experience.

Is the Nokia 7 Plus good for gaming?

From the games we checked out, it’s a respectable option if you can tolerate the smooth back that makes it tough to grip over extended sessions of play. It’s a minor quibble, but a perceptible one nonetheless. This aside, the combination of an efficient processor and solid screen is a welcome one. It will be interesting to see how it will stack up in the future, with the likes of Unreal Engine-powered fare such as Fortnite on the horizon. Right now though, if you’re planning to check out Nokia’s latest and you’re an avid gamer on the go, the Nokia 7 Plus is worth considering.

Do stay tuned to Gadgets 360 for a comprehensive review of Nokia 7 Plus’ overall capabilities.