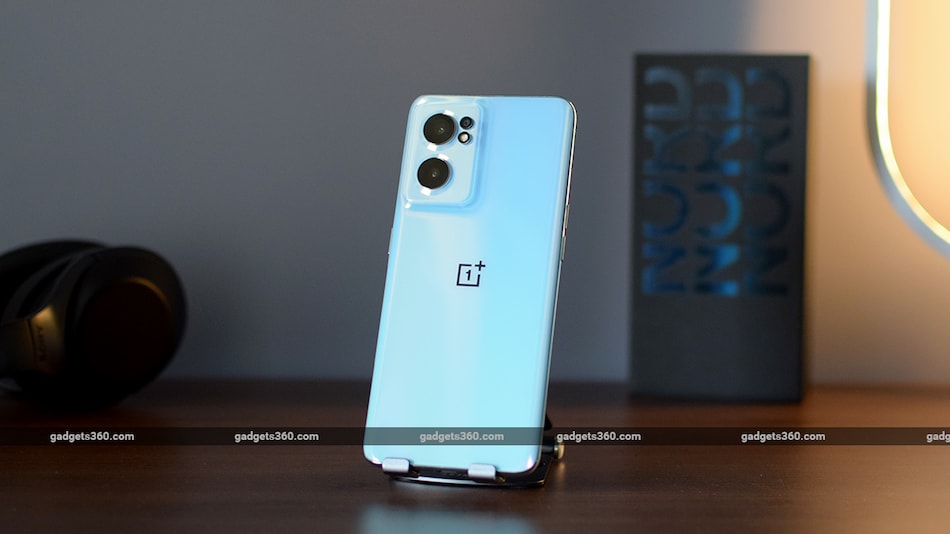 The OnePlus Nord series phones have consistently offered extremely good value for money. The original Nord set and raised the bar for its segment two years ago, and since then we've had its successor the OnePlus Nord 2 (Review), and the OnePlus Nord CE (Review) or Core Edition, which became the new entry point to the whole OnePlus smartphone experience.

OnePlus has now launched the successor to the Nord CE, simply called the Nord CE 2. While it still has a relatively low entry price, it also has a bunch of little improvements that should hopefully add up to a better user experience. However, the competition in this segment has never been fiercer. All major brands currently have very aggressive offerings, the latest being the Realme 9 Pro+ which features a flagship-grade main camera.

OnePlus smartphones have so far been very popular in India, largely thanks to their very good software. However, with Oppo's heavy influence on the brand these days, does that still hold true? Let's find out.

The OnePlus Nord CE 2 is available starting with 6GB of RAM for Rs. 23,999, and with 8GB of RAM for Rs. 24,999. There's no 12GB variant of this phone. Both variants of the OnePlus Nord CE 2 have 128GB of storage. Unlike with the Nord CE, storage on this phone is expandable thanks to the dedicated microSD card slot in the SIM tray. The phone is available in a Bahama Blue and Gray Mirror finishes.

The OnePlus Nord CE 2 looks quite different from the Nord CE, and by different, I mean a little more premium. In fact, it looks very similar to the Oppo Reno 7 (Review). It still has a plastic frame but the back panel is now made of Corning Gorilla Glass 5, just like the display. One annoying side effect of this glossy finish is that it's a huge fingerprint magnet.

There's still no trademark OnePlus alert slider on the CE models, but on the bright side, OnePlus has kept the headphone jack. You also get a USB Type-C port and a single speaker at the bottom.  The OnePlus Nord CE 2 still has a 6.43-inch AMOLED display with a 90Hz maximum refresh rate, but it's now HDR10+ certified. The display has a relatively thick chin and the bezels along the rest of the panel are also very prominent. The phone has a very pleasant in-hand feel, and it seems quite sturdy and well put-together. It's fairly slim (7.8mm) and light (173g) too, which makes it comfortable to use.

Looking at the OnePlus Nord CE 2 and Oppo Reno 7 side by side, you'll notice just how similar they are. Both are about the same size and weight, and the buttons and ports line up exactly. Even the camera modules on the back are almost identical, with the same cutouts for the sensors and LED flash. This shouldn't really come as a surprise considering OnePlus is now officially part of Oppo, and we have seen such design overlaps in the past too.

The OnePlus Nord CE 2 comes with plenty of goodies in the box
Photo Credit: Roydon Cerejo

For a budget smartphone, the OnePlus Nord CE 2 comes with a lot of goodies in the box. Things like the charger and cable are obviously present, but you also get a silicone case and some stickers, which is a nice touch.

The specs of the OnePlus Nord CE 2 have gotten better, and once again, you'll find this phone has a lot in common with the Oppo Reno 7. It features the more powerful MediaTek Dimensity 900 SoC. However, more than the resulting performance improvement, I'm happy to see support for eight 5G bands in India, compared to just the one band with the Nord CE.

The OnePlus Nord CE 2 also has other upgrades such as expandable storage in the form of a dedicated microSD slot. There's Wi-Fi 6, Bluetooth 5.2, and support for 65W fast charging, compared to 30W with the previous model. This phone still misses out on stereo speakers and an IP rating, but considering its price and other features, we can let these slide.

Performance was never really an issue with the OnePlus Nord CE and is certainly not a pain point with the CE 2. You get OxygenOS 11.3 out of the box, not 12 yet, which is the same version that the OnePlus 9RT (Review) was launched with. There are plenty of shortcuts and gestures to play with and the whole experience felt fluid and snappy. The Nord CE 2 will get two years of Android updates and three years of security updates, as promised by OnePlus. You also get Google's stock dialler and messaging apps, and call recording is supported when you're on a call.

The OnePlus Nord CE 2 still has a headphone jack which should make a lot of people happy
Photo Credit: Roydon Cerejo

The in-display fingerprint sensor worked very well and even face recognition was quick. Videos in general looked very good on the OnePlus Nord CE 2's display. Colours were punchy with nice saturation and the brightness was more than adequate. I noticed a mild blue tint in certain parts of the display when viewing content with white backgrounds off-axis, but for most uses cases, this wasn't really an issue.

Besides videos, games also looked very good on the OnePlus Nord CE 2's screen. I found the touch response to be pretty good even with fast-paced multiplayer games such as Call of Duty: Mobile. Stereo speakers would have made the experience better but at least you can plug any wired earphones in for lag-free audio. The back of the phone got a little warm after about 20 minutes of gaming but never uncomfortably hot.

Battery life was very good in my experience. The OnePlus Nord CE 2 has the same 4,500mAh battery capacity as the Nord CE, but you can charge it a lot quicker thanks to the 65W SuperVOOC charger. OnePlus has ditched its Warp Charge name and straight up gone with Oppo's branding. With my typical use, I was easily getting a day and half on one charge. In our battery loop test, which involves running an HD video in a loop with the screen brightness set to 50 percent, the Nord CE 2 ran for around 22.5 hours, which was very good. I was able to charge the phone up to 94 percent in just 30 minutes, which is very quick.

The camera hardware on the OnePlus Nord CE 2 hasn't changed much compared to the Nord CE
Photo Credit: Roydon Cerejo

The cameras on the OnePlus Nord CE 2 have the same specifications as the ones on the previous phone. There's a 64-megapixel main camera, an 8-megapixel ultra-wide camera, and a 2-megapixel macro camera on the back, while in the front, you get a 16-megapixel selfie camera. The camera app has undergone a change and is now similar to what we've seen on Oppo phones. There's an AI scene enchantment toggle, which is best left disabled as it tends boost colours to unrealistic levels. The Nord CE 2 also gets the Bokeh Flare Portrait filter from the Oppo Reno 7 series for stills and video, but the latter is restricted to 720p only.

Photos taken during the day had good detail and colours. Landscape shots had decent dynamic range and exposure was handled well. The ultra-wide-angle camera tended to boost colours a bit, even with the AI turned off, and textures weren't as sharp. The Nord CE 2 did a great job with close-ups, capturing rich detail and colours. The macro camera was just about usable under good light, but don't expect anything more.

The cameras struggled to capture finer details in landscape shots in low light unless I used Night mode. Close-ups came out looking better without having to resort to a long exposure shot.
The selfie camera did a decent job in daylight and at night. Skin tones looked a bit off at times, especially in portrait mode, and faces had a bit of grain in low light, but overall, results were not bad.

The OnePlus Nord CE 2's video recording abilities are a bit crippled though, similar to the Oppo Reno 7, which doesn't surprise me considering how similar both phones are. The Nord CE 2 can capture video at up to 4K 30fps, but without stabilisation. If you're going to be stationary while shooting then it should be fine, or you'll have to drop the resolution to get smoother footage. Having AI enabled does help with exposure but the quality of the video, especially in low light, tends to suffer.

The OnePlus Nord CE 2 is good update to the original and if you haven't already bought the previous model, I'd say the new one is worth buying. It's basically a lower-priced Oppo Reno 7 without the spammy apps, which is not a bad deal. The Nord CE 2 offers a premium design, good performance, solid battery life, very fast charging, and decent cameras for still photography. Video recording is not its strong suit, but other than that, it's hard to complain.

The OnePlus Nord CE 2 is by no means perfect and there are a couple of features that are missing, that other phones in this segment do offer. These aren't deal-breakers but would have been nice to have. For instance, if you're looking for an IP rating for dust and water resistance, the Motorola Edge 20 Fusion (Review) is a very good option. On the other hand, if you need good stereo speakers, it would be hard to beat the Realme 9 Pro+ which starts at around Rs. 25,000.

Uber Passengers Can Now See How Drivers Have Rated Them
Can Realme 9 Pro+ Give Xiaomi 11i HyperCharge a Run for Its Money and Battle the OnePlus Nord 2?