It displaces the Realme X7 Pro with a more powerful processor 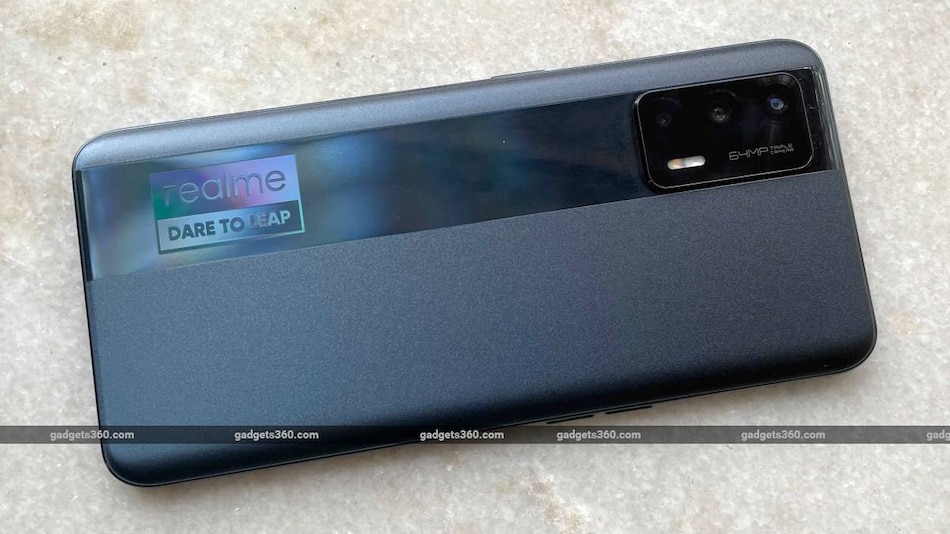 The Realme X7 Max has been launched in India priced starting at Rs. 26,999

The new Realme X7 Max will take on recently launched and upcoming models from OnePlus, Xiaomi, and Vivo, amongst others. Less than six months after the launch of the Realme X7 and X7 Pro, this new model raises the stakes in terms of processor power and features in order to stay relevant in the sensitive sub-Rs. 30,000 segment. The Realme X7 Max is priced starting at Rs. 26,999 which is considerably lower than the Rs. 29,999 that the X7 Pro launched at, despite having a higher-end processor.

The biggest update is the MediaTek Dimensity 1200 SoC, which is said to be not only more powerful but also more power efficient than the Dimensity 1000+ which powers the Realme X7 Pro (Review). This processor has eight cores plus integrated Mali-G77 graphics. There's a stainless steel and copper vapour cooling system to help ensure sustained performance.

Realme also boasts of the comprehensive 5G support that this SoC enables, which includes multiple bands, dual standby and standalone mode on both SIMs, and 5G carrier aggregation. 5G is still a long way from becoming mainstream in India, but we'll be testing the processing power of this SoC in our full review.

Another significant change is the styling of the Realme X7 Max. Gone is the huge ‘Dare to Leap' slogan across the rear, which we saw on the more colourful variants of the Realme X7 (Review) and X7 Pro, and which was unavoidable on the Realme 8 series. Instead, we have a smaller version of it in a box along with the Realme logo. It's still fairly prominent and catches the light at certain angles, but it's much less in-your-face than before.

The rear panel is mostly matte textured plastic, but there's a thick, glossy, off-centre stripe passing through the camera module, in which you'll also find the new logo arrangement. While the stripe is highly susceptible to picking up fingerprints, the rest of the back is not, but it also feels surprisingly like one of Realme's C-series budget phones rather than a premium model. There's even a slight flex to the rear panel if you press down on it with a finger.

At 179g in weight and 8.4mm in thickness, making it fairly comfortable in the hand, though one-handed use might need a bit of stretching. The body is IPX4 rated for splash resistance, and Realme has used Asahi Dragontrail glass on the front. There are three colour options – Asteroid Black, Mercury Silver, and a finished called Milky Way, which even the company says is hard to describe, but appears to be an iridescent light purplish colour.

You get a 6.43-inch full-HD+ Super Amoled screen with a 120Hz maximum refresh rate and up to 360Hz touch sampling rate, which gamers might appreciate. HDR isn't noted in the phone's specs, but the maximum brightness is 1000nits and there's a claimed 100 percent DCI-P3 colour gamut coverage. There's an in-display fingerprint sensor and a small hole for the front camera in the upper left corner. Stereo speakers and Dolby Atmos support should make for good overall entertainment, which we'll see for ourselves in the full review. Interestingly, there's a 3.5mm headset jack on the bottom, which is something the Realme X7 and X7 Pro lacked. The company cites user feedback once again as the reason for this change.

The three rear cameras sit flush with the raised module on the rear. You get a 64-megapixel primary camera, 8-megapixel ultra-wide camera, and 2-megapixel macro camera. Realme touts a few new features enabled by the Dimensity 1200's capabilities as well as Realme UI 2.0. The most interesting of these is an improved Nightscape mode which captures and processes full-resolution 64-megapixel shots in order to maximise detail. There's also a potentially quite useful AI Passport Photo mode which should let you take selfies and cut out the background entirely.

The new Realme X7 Max will compete with the recently launched Mi 11X (Review), the OnePlus Nord (Review) and its impending replacement, and the Samsung Galaxy A52 (Review), among many other smartphones. Depending on price, it might also take on the upcoming Poco F3 GT which is based on the same Dimensity 1200 SoC.

If you bought a Realme X7 Pro just recently, you're probably more than a little annoyed by the launch of the X7 Max with better specifications at a lower price in such a short time. However, we're still to complete our full review of this new model, so we'll give you a better idea of how the two stack up against each other in the real world. That's coming up soon on Gadgets 360, so do stay tuned.