The bone density lost by astronauts was equivalent to how much they would shed in several decades if they were back on Earth. 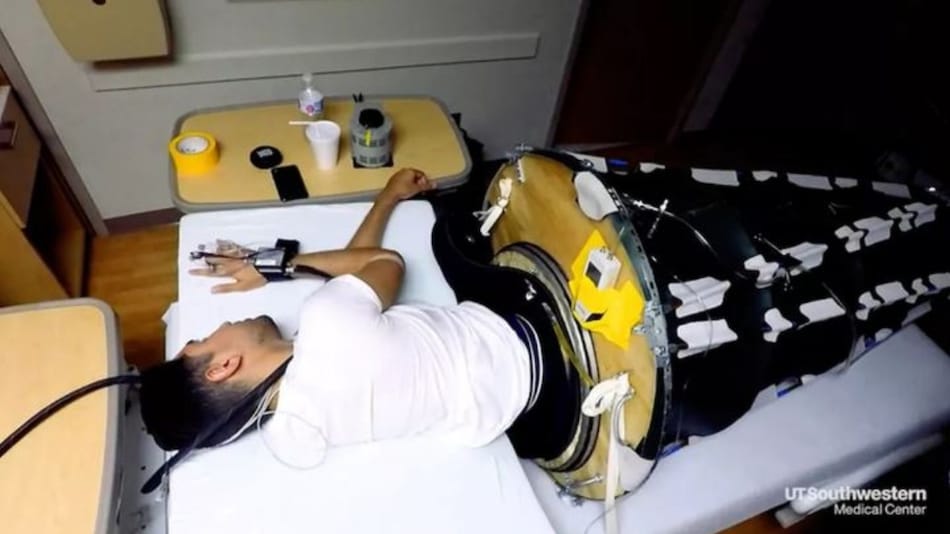 Astronauts lose decades' worth of bone mass in space that many do not recover even after a year back on Earth, researchers said on Thursday, warning that it could be a "big concern" for future missions to Mars.

Previous research has shown astronauts lose between one to two percent of bone density for every month spent in space, as the lack of gravity takes the pressure off their legs when it comes to standing and walking.

To find out how astronauts recover once their feet are back on the ground, a new study scanned the wrists and ankles of 17 astronauts before, during and after a stay on the International Space Station.

The bone density lost by astronauts was equivalent to how much they would shed in several decades if they were back on Earth, said study co-author Steven Boyd of Canada's University of Calgary and director of the McCaig Institute for Bone and Joint Health.

The researchers found that the shinbone density of nine of the astronauts had not fully recovered after a year on Earth — and were still lacking around a decade's worth of bone mass.

The astronauts who went on the longest missions, which ranged from four to seven months on the ISS, were the slowest to recover.

"The longer you spend in space, the more bone you lose," Boyd told AFP.

Boyd said it is a "big concern" for planned for future missions to Mars, which could see astronauts spend years in space.

"Will it continue to get worse over time or not? We don't know," he said.

A 2020 modelling study predicted that over a three-year spaceflight to Mars, 33 percent of astronauts would be at risk of osteoporosis.

Boyd said some answers could come from research currently being carried out on astronauts who spent at least a year onboard the ISS.

Guillemette Gauquelin-Koch, the head of medicine research at France's CNES space agency, said that the weightlessness experienced in space is "most drastic physical inactivity there is".

"Even with two hours of sport a day, it is like you are bedridden for the other 22 hours," said the doctor, who was not part of the study.

"It will not be easy for the crew to set foot on Martian soil when they arrive — it's very disabling."

The new study, which was published in Scientific Reports, also showed how spaceflight alters the structure of bones themselves.

Boyd said that if you thought of a body's bones like the Eiffel Tower, it would as if some of the connecting metal rods that hold the structure up were lost.

"And when we return to Earth, we thicken up what's remaining, but we don't actually create new rods," he said.

Some exercises are better for retaining bone mass than others, the study found.

But the astronauts — who are mostly fit and in their 40s — did not tend to notice the drastic bone loss, Boyd said, pointing out that the Earth-bound equivalent osteoporosis is known as "the silent disease".

Canadian astronaut Robert Thirsk, who has spent the most time in space, said that for him bones and muscles took the longest to recover after spaceflight.

"But within a day of landing, I felt comfortable again as an Earthling," he said in a statement accompanying the research.