Scientists Develop Transparent Solar Panels That Can Be Used as Windows

Unlike opaque silicon solar panels, transparent solar panels are made out of an organic plastic. 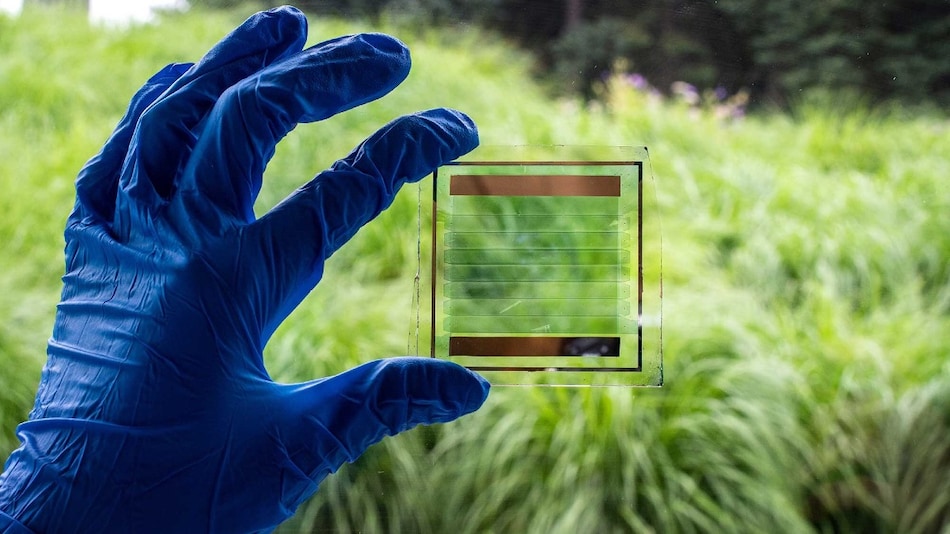 A group of researchers has managed to develop a new way of making photovoltaic solar panels that still allow light to pass through. These transparent solar cells can start a new energy revolution as they can be fitted in offices, homes, factories and more buildings. By just replacing windows, transparent solar cells can take up minimal space while still producing clean and green energy. The researchers have managed to develop organic solar cells with a new method that can easily be scalable for mass production.

"In principle, we can now scale semitransparent organic solar cells to two meters by two meters, which brings our windows much closer to reality," said Stephen Forrest, Professor of Electrical Engineering and the author of the study published in the journal Joule.

The vast majority of solar cells being used today are made up of silicon, which results in the panel being completely opaque. While recent development and research into silicon photovoltaic cells have seen a ramp up, alternative solar cell technologies like organic solar cells are slowly being explored as well even as they lag behind silicon panels in efficiency and lifespan. Forrest's group of researchers have managed to develop solar cells with record efficiency of 10 percent and a 30-year lifespan.

The most significant hurdle against the widespread adoption of organic solar cells has been the fact that up till now, it was impossible to scale manufacturing for it. The lasers used to etch the micron-scale electrical connections in silicon scales could not be used on organic cells, as they would easily damage the plastic light absorbers.

Forrest's team instead developed a multistep peel-off patterning method that could still make micron-scale connections. Thin pieces of patterned plastic were set down between the organic and metal layers, which were then peeled off to create extremely fine electrical interconnections between the cells.

The panels have about 50 percent transparency and a greenish tint, making them suitable for commercial use. Technologies that can make the solar cells even more transparent, for use in residence, can also be made using the newly developed technique.

"The research we are doing is derisking the technology so that manufacturers can make the investments needed to enter large-scale production," Forrest said.