A fire at the base of the of the launch pad Japan's Tanegashima island broke out near a vent. 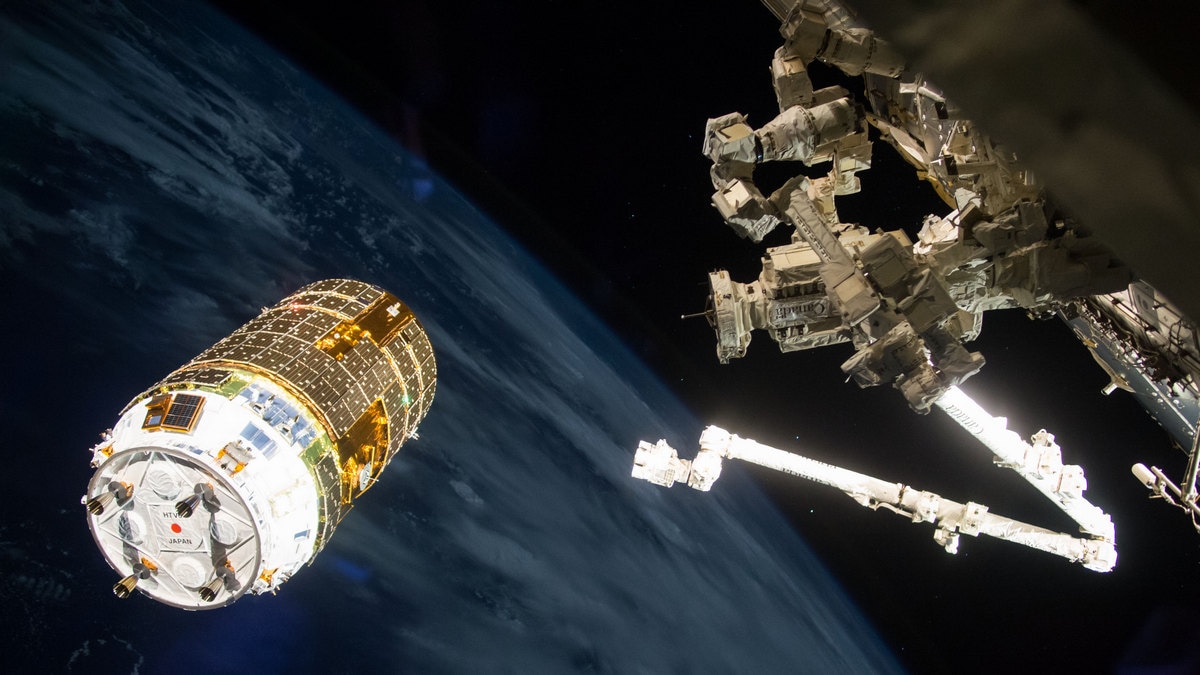 A pre-dawn fire on Wednesday forced Japan's space agency to cancel the launch of an unnamed rocket meant to deliver supplies to the International Space Station, the operator said.

The fire broke out near the launch pad on southern Tanegashima island at around 03:05am (1805 GMT on Tuesday), as Mitsubishi Heavy Industries (MHI) was preparing to launch the Japan Aerospace Exploration Agency's cargo vessel Kounotori 8 on an H-2B rocket, MHI said in a statement.

The operator is investigating the cause of the fire and checking if there is any damage to the rocket and surrounding facilities, it said.

The Kounotori 8, meaning "white stork" in Japanese, was intended to deliver about 5.3 tonnes of supplies to astronauts at the ISS, including fresh food and water as well as batteries and devices needed for experiments.

Japan's space agency JAXA touts the Kounotori 8 as "the world's biggest transport space ship" in a promotional movie on its website.

A JAXA official told an early morning press conference that there is no deadline for transporting supplies to the ISS, and the next launch schedule will be decided in cooperation with international counterparts, public broadcaster NHK reported.

Redmi 8A Allegedly Surfaces on TENAA With Single Rear Camera