Redmi 8A Allegedly Surfaces on TENAA With Single Rear Camera

Redmi 8A will be a part of Xiaomi’s Redmi 8-series that is said to include three phones. 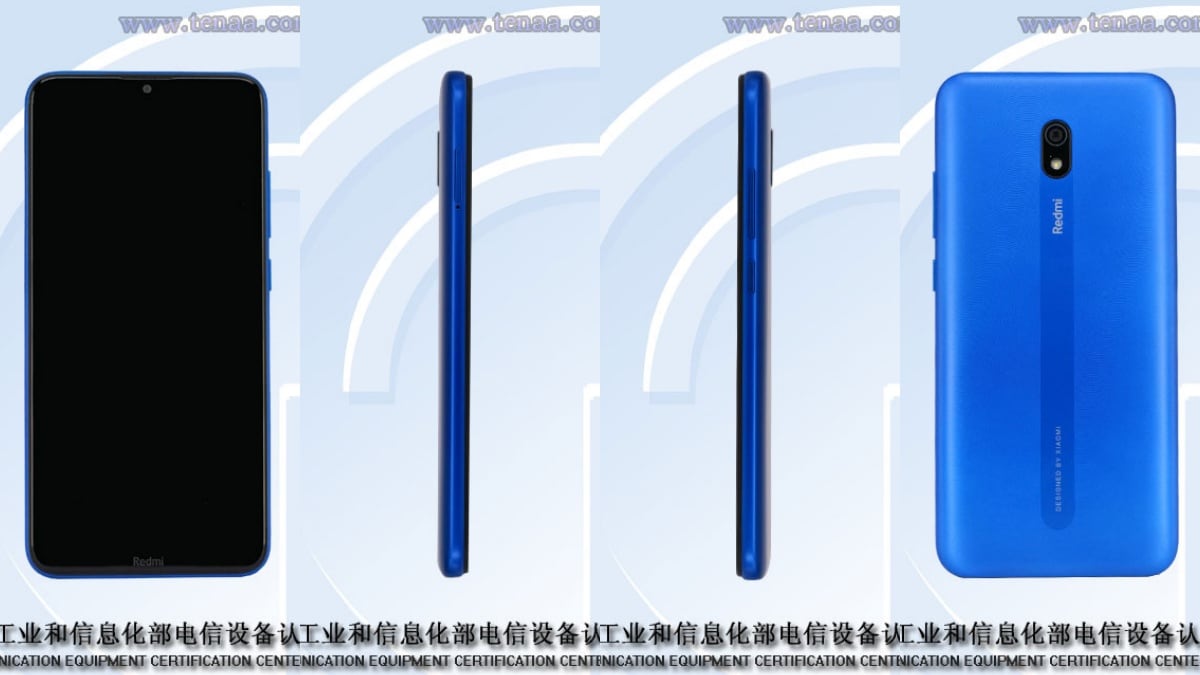 Redmi 8A doesn’t seem to be carrying a fingerprint sensor

With Xiaomi's sub-brand Redmi done with the launch of Redmi Note 8-series, the company is now seemingly preparing to introduce the successor to its Redmi 7-series, allegedly in the form of Redmi 8, Redmi 8A, and Redmi 8 pro. Over the last couple of weeks, we have been several leaks that claims to reveal a number of features of one or the other Redmi 8-series phones. Now, a new Xiaomi phone with model number M1908C3KE has popped up in the database of Chinese regulator TENAA and it is believed to be Redmi 8A.

The TENAA listing doesn't reveal many specifics of the phone, however it does note that the phone will support 4G LTE connectivity, pack dual-SIM card slots, and run on Android operating system.

The images published by TENAA show a single rear camera with LED flash and a front shooter. The exact front design is unclear, but it seems the company is using a waterdrop-style notch. Additionally, the SIM card slots on the left side of the phone and volume rocker as well as power button on the right side of the phone can be seen. No other information is available at this point. The alleged Redmi 8A TENAA listing was first spotted by a Slashleaks contributor.

The TENAA listing is in sharp contrast with a previous leak that showed a dual rear camera setup on the back of the phone. It is quite possible that the phone seen in the previous leak was Redmi 8, not Redmi 8A. Redmi 8 had also popped up on TENAA last month and looks quite similar to the phone in the leaked “Redmi 8A live photos.”

As Xiaomi is yet to say anything official about the Redmi 8 series, there is a lot of confusion around the lineup. Hopefully, these sightings on TENAA and other certification websites mean that official announcement is just around the corner and we will soon get all the official details.