The researchers observed that the bone development process accelerated in the presence of a low-frequency magnetic field. 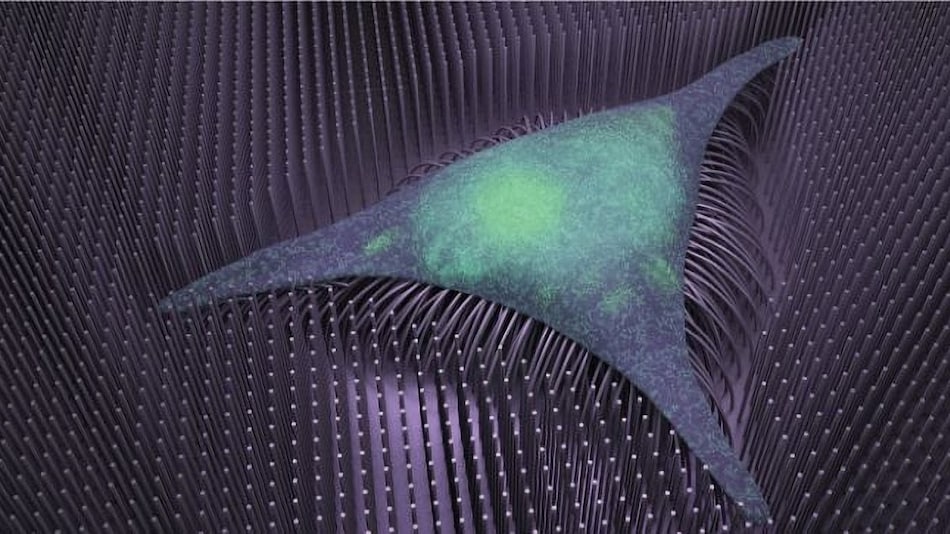 The researchers were able to grow bone-forming stem cells on the mesh formed by the nanowires, which resulted in physical activity for the moving substrate, causing the stem cells to grow into adult bone faster than conventional methods, according to the researchers. The technology also had a differentiation protocol that lasted only a few days instead of weeks.

“This is a remarkable finding. We can achieve efficient bone cell formation in a shorter amount of time, potentially paving the way for more efficient regeneration of bone,” said Jasmeen Merzaban, associate Professor of bioscience and co-author of the study published in the Journal of Nanobiotechnology.

Scientists tested the bone-producing capability of the nanowires both with and without the magnetic signals. They laid the wires in an evenly spaced grid pattern with each tiny wire measuring about the size of a tail-like appendage found on some bacteria. A bone marrow-derived human mesenchymal stem cell (MSCs) was then placed on top of it.

Following this, the researchers observed that the bone development process accelerated in the presence of a low-frequency magnetic field. The technique turned out to be efficient as scientists could detect genetic markers of bone development within just two days of incubation under mechanical stimulation. In addition, genes liked to stemness (the capability of a cell for self-renewal and differentiation), and self-renewal were found to have become inactive. Scientists also witnessed the rebuilding of cells to attain a bone-like structure at a rapid rate under a microscope.

“Varying the matrix stiffness by increasing or decreasing nanowire length and diameter could promote differential responses with MSCs,” said study author Jose Efrain Perez, highlighting the significance of the discovery.