Since its arrival in December 2018, the OSIRIS-REx spacecraft has mapped the entire asteroid. 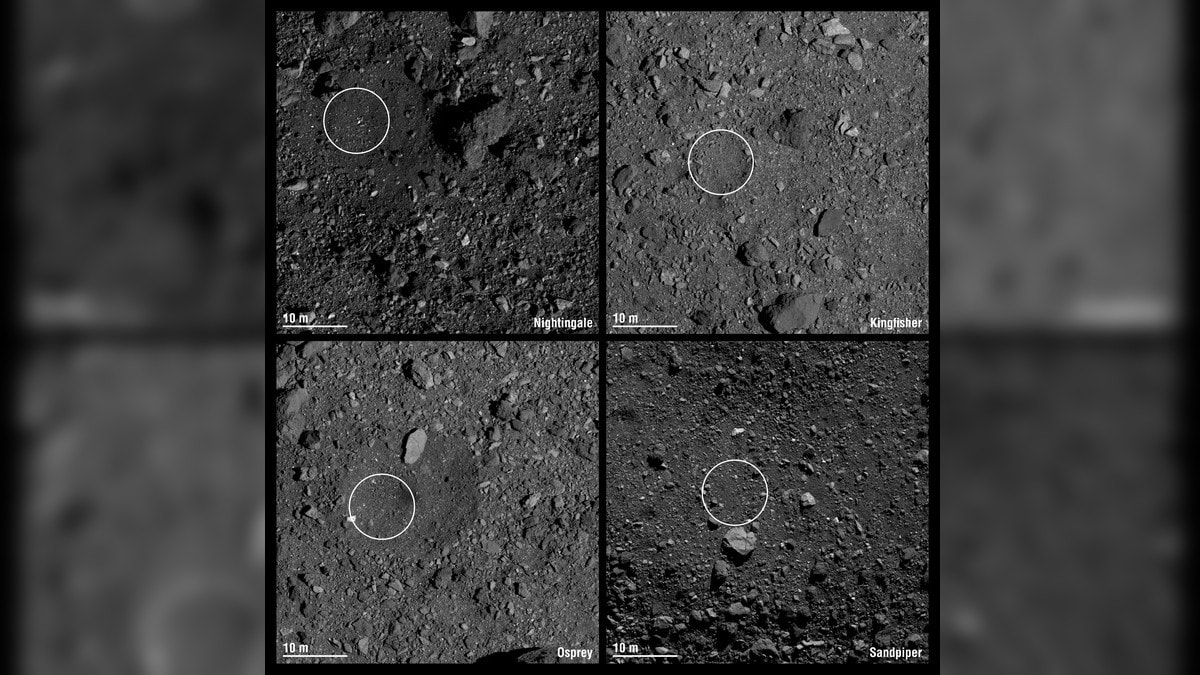 After grappling with the rugged reality of asteroid Bennu's surface, NASA, the US space agency, has finally selected four potential sites for its spacecraft to "tag" its cosmic dance partner.

Since its arrival in December 2018, the OSIRIS-REx spacecraft has mapped the entire asteroid in order to identify the safest and most accessible spots for the spacecraft to collect a sample.

These four sites now will be studied in further detail in order to select the final two sites - a primary and backup -- in December, NASA said in a statement on Tuesday.

"We knew that Bennu would surprise us, so we came prepared for whatever we might find," said Dante Lauretta, OSIRIS-REx principal investigator at the University of Arizona, Tucson.

The four candidate sample sites on Bennu are designated as Nightingale, Kingfisher, Osprey, and Sandpiper -- all birds native to Egypt.

Since arriving at near-Earth asteroid Bennu, NASA's OSIRIS-REx mission has been studying this small world of boulders, rocks, and loose rubble -- and looking for a place to touch down.

This fall, OSIRIS-REx will begin detailed analyses of the four candidate sites during the mission's reconnaissance phase.

The second and third stages of reconnaissance will begin in early 2020.

OSIRIS-REx sample collection is scheduled for the latter half of 2020, and the spacecraft will return the asteroid samples to Earth on September 24, 2023.