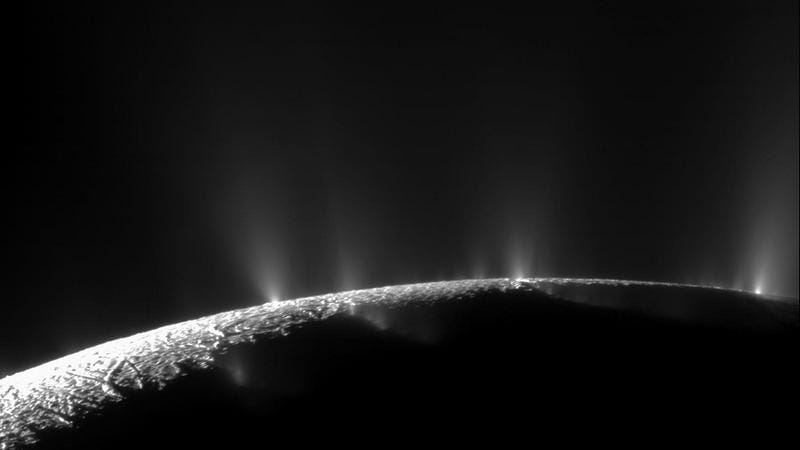 The sixth largest of Saturn's moons, Enceladus is only about 314 miles (505 km) in diameter.

Previously, Cassini had detected small, relatively common organic molecules at Enceladus that were much smaller.

Now, it has showed powerful hydrothermal vents mix up material from the moon's water-filled, porous core with water from the moon's massive subsurface ocean and it is released into space, in the form of water vapour and ice grains, said researchers led by Frank Postberg from the University of Heidelberg in Germany.

The large molecules come from hydrothermal activity driving complex chemistry in the core of the moon.

"In my opinion, the fragments we found are of hydrothermal origin; in the high pressures and warm temperatures we expect there, it is possible that complex organic molecules can arise," Postberg noted, in a paper published in the journal Nature.

Moreover, the bubbles of gas on Enceladus, rising through miles of ocean, could bring up organic material from depths, where they could form a thin film floating on the ocean surface and in cracks of vents, in the interior of the moon, beneath its icy shell.

After rising near the top of the ocean, the bubbles may burst or otherwise disperse the organics, Cassini data showed.

Complex molecules comprising hundreds of atoms are rare beyond Earth. The presence of the large complex molecules, along with liquid water and hydrothermal activity, bolsters the hypothesis that the ocean of Enceladus may be a habitable environment for life, Postberg said.