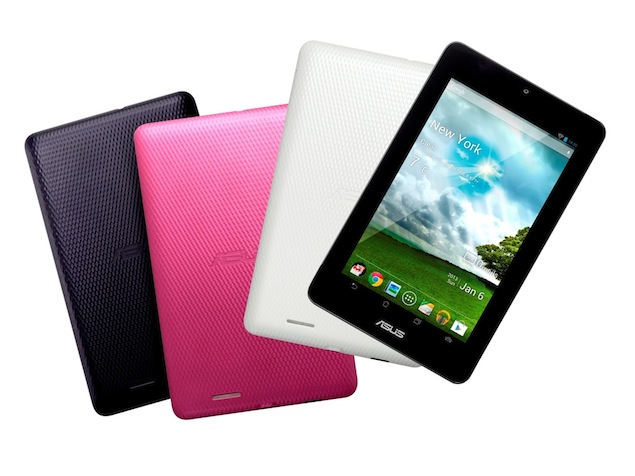 Asus India has announced the launch of 7-inch tablet MeMO Pad ME172V in the country. The tablet was originally unveiled at CES earlier this year.

Asus MeMO Pad ME172V comes with 7-inch screen that has a display resolution of 1024x600 pixels and offers 10-point multi-touch. This tablet runs on Android 4.1 (Jelly Bean) and offers full support for Google Play. It is powered by VIA WM8950 processor clocked at 1GHz which is coupled with a Mali-400 GPU.

There is a 1GB of RAM and 8GB internal storage, which can be expanded by up to 32GB via microSD. Asus is also throwing in 5GB of cloud storage through ASUS WebStorage.

For camera, there is a 1-megapixel front camera with f/2.0 aperture that can record 720p video at 30fps but no back camera. Asus MeMO Pad ME172V offers Wi-Fi connectivity and has a 4,270mAh battery. The tablet will be available in Pink, Grey and White colours for Rs. 9,999.

"After offering various mid and high end products in the Indian market with innovative technologies, we believe it is time to bring the same grandeur to the low end market. We are pleased to announce the launch of the ASUS MeMO Pad that gives you the mobility to stay connected in today's socially connected environment. With an ultra-light, minimalistic and anti-slip design, the MeMO Pad will not only help you to keep in touch with friends, but will also fulfil all your entertainment requirements - and all this at the irresistible price of Rs. 9,999 only," said Mr. Peter Chang, Regional Head, South Asia & Country Manager, System Business Group, ASUS India.