Oppo Pad Air will launch in India on July 18. 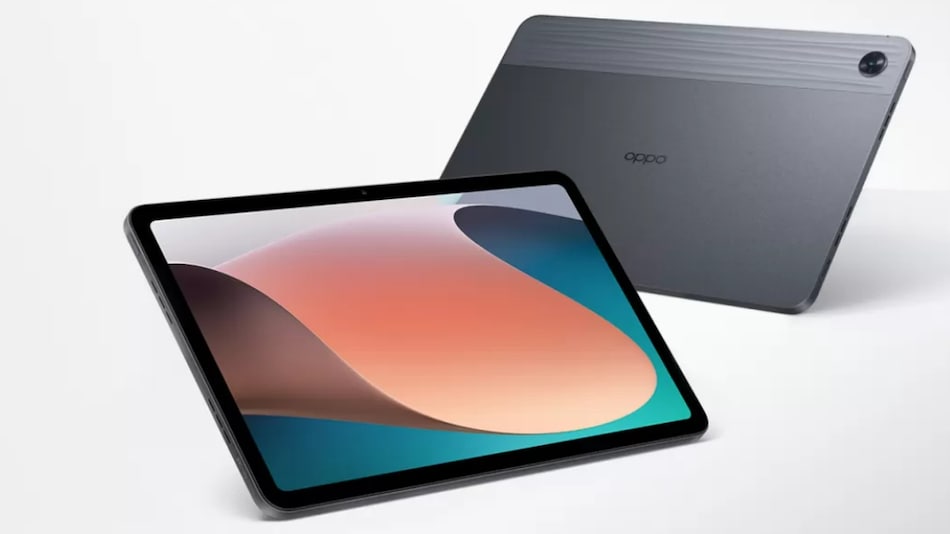 Oppo Pad Air will debut in India alongside the Oppo Enco X2 TWS earphones and the Oppo Reno 8 series of smartphones on July 18. To keep the buzz going, Oppo has teased the processor and RAM details of its first tablet in India. It is confirmed to be powered by Qualcomm's Snapdragon 680 SoC, which is a 6nm SoC. The Oppo Pad Air will feature 4GB RAM and it can be extended to up to 7GB by using the internal storage. The tablet was initially unveiled in China in May this year. The model unveiled in China features a 10.36-inch display and an 8-megapixel rear camera sensor.

In new Twitter teasers, Oppo India confirmed the design and specifications of the Oppo Pad Air. It is confirmed to pack Snapdragon 680 SoC under the hood, paired with 4GB of RAM. The RAM in Oppo's new tablet can be extended using the internal storage to up to 7GB. A dedicated microsite on the Oppo India website is also teasing the specifications of Oppo Pad Air ahead of the launch. The tablet will be available for purchase in the country via Flipkart.

To recall, the Oppo Pad Air was launched in China with an initial price tag of CNY 1,299 (roughly Rs. 15,100) for the base 4GB RAM + 64GB variant. The India pricing of the tablet could be in line with this, though there could be some changes due to domestic taxes.

The specifications of Oppo Pad Air in India are not yet fully revealed, though they are expected to align with the Chinese model. The tablet features a 10.36-inch display with a 2,000x1,200 pixels resolution and 60Hz refresh rate. It sports an octa-core Qualcomm Snapdragon 680 SoC, coupled with Adreno 610 GPU and up to 6GB of LPDDR4x RAM. An 8-megapixel rear camera sensor, a 5-megapixel selfie sensor, quad speakers with Dolby Atmos support, and up to 128GB of UFS 2.2 storage are other major highlights of the Oppo Pad Air. The Oppo Pad Air packs a 7,100mAh battery that supports 18W fast charging support.