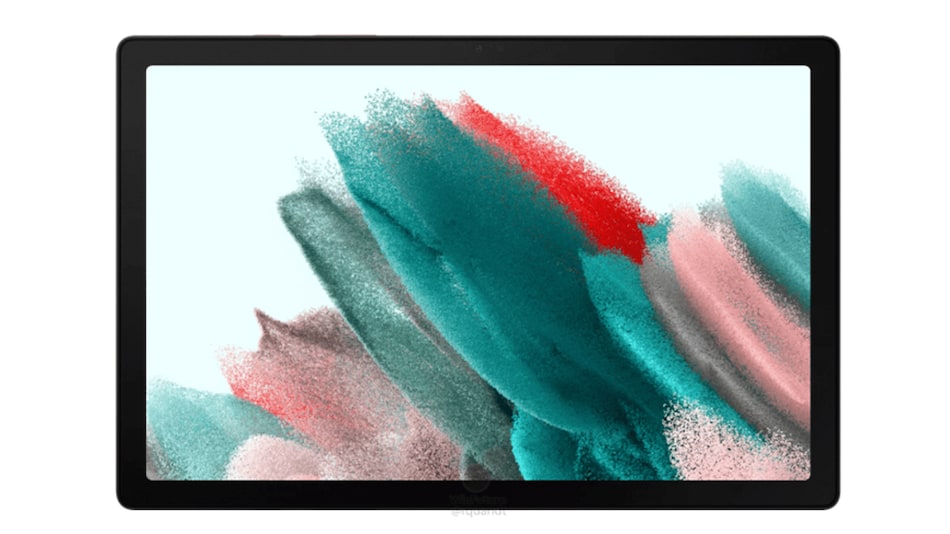 Samsung Galaxy Tab A8 has been part of leaks and rumours for quite a while now. Now, specifications, renders, and price details of the tablet have been leaked online through multiple reports. The new tablet from the South Korean tech giant is expected to debut with the Galaxy Tab A8 10.5 moniker. The tablet is said to feature Unisoc Tiger T618 SoC under the hood and comes with a 7,040mAh battery. The upcoming device is expected to pack a 5-megapixel camera at the front and an 8-megapixel camera without flash on the back.

Tipster Sudhanshu Ambhore, in a report by Appuals, has shared the user manual and prices of the different variants of the upcoming Samsung Galaxy Tab A8. As per the report, the new tablet will have Wi-Fi-only and Wi-Fi + LTE models. The Wi-Fi-only models with 32GB and 64GB RAM will cost EUR 270 (roughly Rs. 23,000) while the 128GB model will cost EUR (roughly Rs. 30,700), as per the tipster.

As per the report, Samsung Galaxy Tab A8 will sport quad speakers, two at the bottom and two at the top. The volume key, power button, selfie camera, light sensor, and microphone are said to be arranged on the right spine. Light sensor and USB Type-C port are placed at the bottom. The tablet lacks a 3.5mm audio jack. On the left spine, a microSD card slot is placed. GPS antenna, main antenna, and the primary camera are arranged on the back.

Separately, German publication WinFuture.de shared the price, renders, and specifications of rumoured Samsung Galaxy tablet. As per the report, the tablet will be called Samsung Galaxy Tab A8 10.5.

As per the report, the tablet may sport a 10.50-inch LCD (1,920x1,200 pixels) display with an aspect ratio of 16:10. The upcoming Galaxy tab is expected to feature Unisoc Tiger T618 chipset coupled with 3GB or 4GB of RAM. It is said to come in three storage configurations — 32GB, 64GB, or 128GB. The storage reportedly supports expansion via a microSD card as well.

As per the report, Galaxy Tab A8 10.5 may carry an 8-megapixel camera without a flash at the back. For selfies, it is said to feature a 5-megapixel front camera. The tablet is expected to pack a 7,040mAh battery. Also, it is said to come with four integrated speakers.