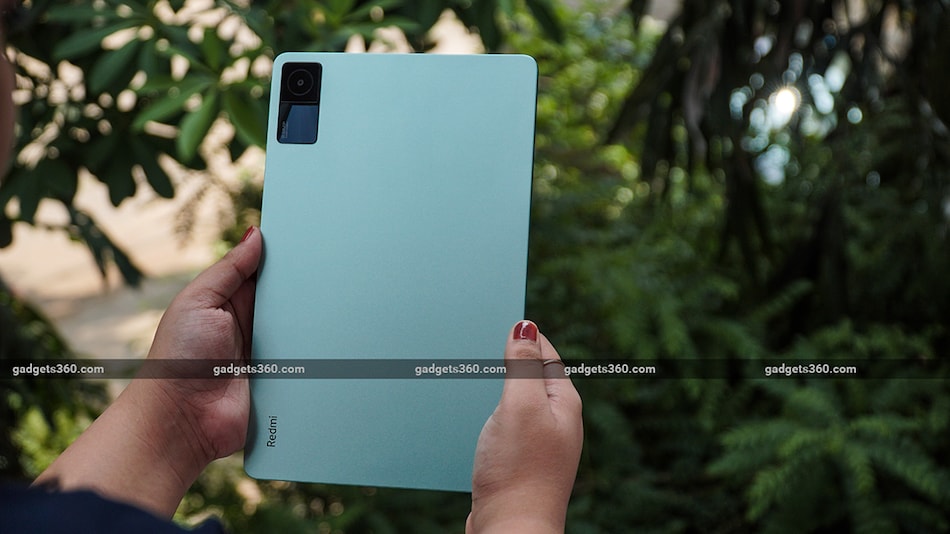 The need for large screen devices saw a surge after the pandemic hit as people started working and studying from home. The iPad was a popular choice but it wasn't the most affordable device, at least in India. Android smartphone manufacturers such as Samsung, Realme, Motorola, and the likes started launching more and more budget tablets under Rs. 20,000 in India. Xiaomi has been a little late to the party but it aims to make up for this with the launch of the Redmi Pad.

The Redmi Pad is the first Android tablet in the Redmi series in India. Claiming to be “the right choice”, the Redmi Pad arrives in three storage configurations. Its base model has a starting price of Rs. 14,999 and packs 3GB of RAM with 64GB of internal storage. The other variants include 4GB of RAM and 128GB of storage, and 6GB of RAM and 128GB of storage, which are priced at Rs. 17,999 and Rs. 19,999 respectively.

The Redmi Pad is also available in three colours. We have the Mint Green colour variant, which has a matte finish. This helps hide fingerprints and smudges. If you want a more classic colour, you can look at Moonlight Silver or Graphite Grey options. Adding to the looks is an all-metal body, which certainly gives the Redmi Pad a premium feel.

The Redmi Pad has a flat frame with the right edge housing the volume buttons and the microSD card slot. The right corner of the top-edge makes room for the power button. On paper, the Redmi Pad weighs about 465g, but it actually feels a lot lighter when held. The corners of the frame are curved to ensure a comfortable grip when holding the tablet horizontally or vertically. The rear panel sports a rectangular module, which houses the single 8-megapixel rear camera.

At the front, there is a 10.61-inch IPS LCD, which Xiaomi says is the tallest in the segment. It has 400 nits of peak brightness and fairly thin bezels for a budget tablet. There's an 8-megapixel front camera and its positioning makes it practical for video calls. It also comes with a feature called FocusFrame to switch to a wider view automatically when more people are detected in the frame.

The display of the Redmi Pad offers a 15:9 aspect ratio and for a better visual experience, it comes with Widevine L1 certification and support for a billion colours. The tall display is complemented by a quad-speaker setup (two at the top edge and the other two at the bottom), which are fairly loud and clear. We would have liked to see a 3.5mm headphone jack, considering this is a budget tablet and is fairly thick at 7.05mm.

The Redmi Pad is said to be the only tablet in its price range to offer a 90Hz display. Compatible games should be able to take advantage of the high refresh rate. Xiaomi also claims that the Redmi Pad offers best-in-class gaming performance, courtesy of the MediaTek Hello G99 SoC. The tablet features a 8000mAh battery with support for 18W fast charging. Xiaomi has bundled a 22.5W charging adapter with a USB Type-A to USB Type-C port in the box.

The tablet runs on the Android 12-based MIUI 13.1 skin. MIUI is among the most feature-rich Android skins out there and offers features such as split screen, floating windows, etc. Unlike most Redmi smartphones, the Redmi Pad does not come with many third-party apps pre-installed, which saves you from the additional step of uninstalling unnecessary apps. Xiaomi is also promising support for two major Android updates and security patches for three years for the Redmi Pad.

The Redmi Pad competes against a bunch of Android tablets priced under Rs. 20,000. With the kind of hardware it offers, the Redmi Pad definitely looks promising on paper, however, the spec sheet only tells one part of the story. How does it perform in day-to-day life? For that, stay tuned for the full review of the Redmi Pad coming soon, on Gadgets 360.