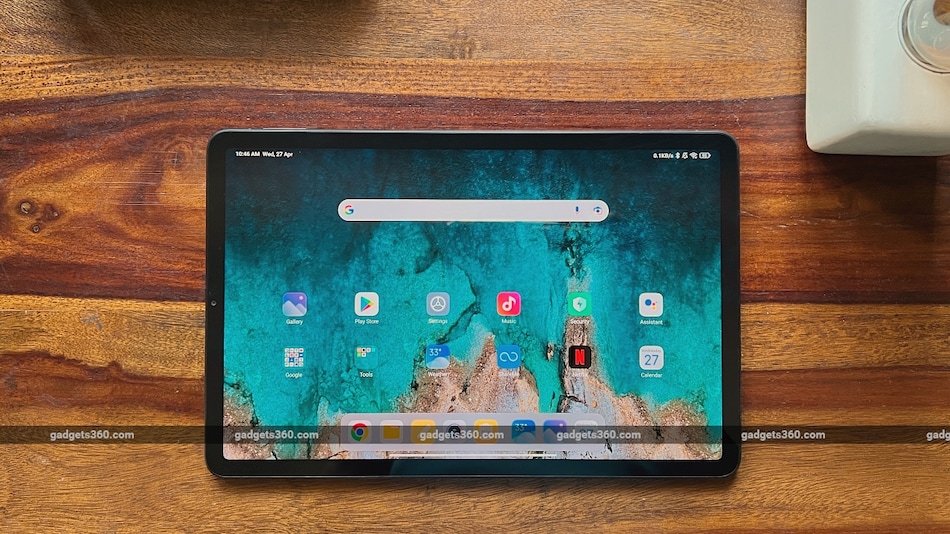 After a long hiatus, Xiaomi has once again kickstarted its tablet portfolio in India with the launch of the Pad 5. This feature-packed tablet is unlike most others in its segment as it offers a high-resolution display, powerful processor, and even supports Xiaomi's Smart Pen. There are, however, a few notable omissions which might turn out to be deal-breakers for some.

Unlike the plastic build of the first Mi Pad (Review), the Xiaomi Pad 5 looks quite premium. It has a metal frame sandwiched between the display and a polycarbonate back panel. The overall construction feels quite sturdy. The Xiaomi Smart Pen can magnetically attach to the top edge of the tablet for storage and charging, while the Xiaomi Pad Keyboard connects via the contact pins on the bottom of the tablet. Both accessories need to be purchased separately.

The 10.95-inch LCD panel on the Xiaomi Pad 5 has a resolution of 1,600 x 2,560 pixels. It features a 120Hz refresh rate that makes the UI feel quite fluid. The display is also HDR10+ and Dolby Vision certified for better contrast and colours when streaming supported content. The 10-bit display also has a peak brightness of up to 650 nits. Adding to the certifications is the quad-speaker setup with support for Dolby Atmos.

The Xiaomi Pad 5 has a single rear-facing camera

The Qualcomm Snapdragon 860 SoC in the Xiaomi Pad 5 seems a bit dated but should be good enough for the tablet's productivity and entertainment needs. Sadly, the Pad 5 doesn't have a cellular variant, which means you will have to rely on Wi-Fi for Internet connectivity. The tablet also supports Bluetooth 5 and a USB Type-C port with OTG support. There's no fingerprint reader, so users are limited to the 2D facial recognition system or the old-fashioned passcode for security.

The Xiaomi Pad 5 runs MIUI 13, which comes with several tablet-friendly optimisations, allowing apps to run in floating windows and more. However, this version of MIUI 13 uses Android 11 as the base. The interface is heavily customised but worked smoothly during my initial use.

The Xiaomi Pad 5 has a 8,720mAh battery that fast-charges using the bundled 22.5W charger. The Xiaomi Pad 5 supports up to 33W fast charging, but you'll need to purchase that charger separately. Xiaomi has also included a 13-megapixel rear camera and an 8-megapixel front-facing camera on the Pad 5.

Xiaomi's Pad 5 seems like a big comeback compared to the first Mi Pad that launched in India. However, the Xiaomi Pad 5 belongs to a different price segment altogether. The Pad 5 competes with products primarily from Samsung such as the Galaxy Tab A8 and the more expensive Galaxy Tab S7 FE (Review), as well as from Lenovo such as the Yoga Smart Tab and the pricier Tab P11 Pro (Review).

I will be putting the Xiaomi Pad 5 through its paces to find out if its software and accessories make it a solid productivity offering, in addition to it being a potential entertainment powerhouse like the rest of the tablets in its segment. Stay tuned for my full review, coming soon.

Elon Musk's Past Tweets Reveal How He May Run Twitter
Vivo X80, Vivo X80 Pro Global Launch Date Announced as May 8: All the Details