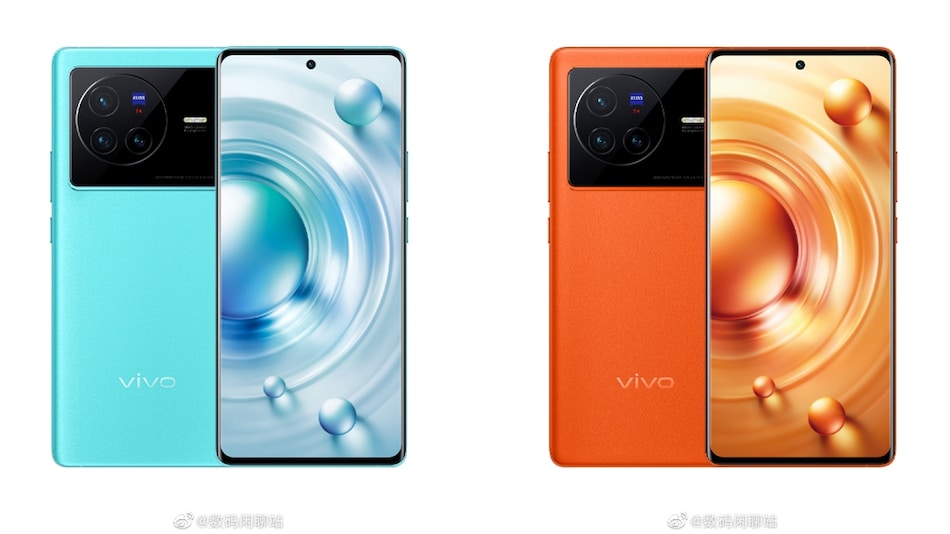 Vivo X80 series is set to launch in the global markets on May 8. The launch of the handsets from Vivo was teased on the Vivo Malaysia Twitter page. The Vivo X80 is powered by an octa-core MediaTek Dimensity 9000 SoC while the Vivo X80 Pro comes in two distinct variants — one with the Dimensity 9000 chip and the other one offering a Qualcomm Snapdragon 8 Gen 1 SoC. Both Vivo X80 and X80 Pro have 80W fast charging. However, the Pro version also comes with 50W wireless charging support. The Vivo X80 and Vivo X80 Pro were launched in China recently. The X80 series comes in three colour options.

The Vivo X80 and Vivo X80 Pro global launch was announced via Vivo Malaysia's Twitter handle. The smartphones will be launched for markets outside of China on May 8 at 3pm MYT (12:30pm IST).

The global variant of the Vivo X80 is expected have similar features as that of the Chinese variant - the dual-SIM (Nano) Vivo X80 runs Android 12 with OriginOS Ocean on top and features a 6.78-inch full-HD+ (1,080x2,400 pixels) AMOLED display with a 20:9 aspect ratio and up to 120Hz refresh rate. Under the hood, the phone is powered by the MediaTek Dimensity 9000 SoC, along with up to 12GB of LPDDR5 RAM. For optics, there is the triple rear camera setup that houses a 50-megapixel primary Sony IMX866 RGBW sensor, along with an f/1.75 lens that supports optical image stabilisation (OIS). The rear camera setup also includes a 12-megapixel ultra-wide shooter and a 12-megapixel portrait sensor. The ultra-wide shooter is equipped with an f/2.0 aperture, while the portrait sensor has an f/1.98 lens.

For selfies and video chats, the Vivo X80 comes with a 32-megapixel selfie camera sensor at the front, with an f/2.45 lens.

The Vivo X80 Pro that launches in the global markets could sport features similar to that of the Chinese variant - the dual-SIM (Nano) Vivo X80 Pro runs Android 12-based OriginOS and features a 6.78-inch 2K (1,440x3,200 pixels) AMOLED display with an up to 120Hz refresh rate. The phone is powered by the Snapdragon 8 Gen 1 SoC, though it also has the Dimensity 9000 SoC version. The Snapdragon model has 8GB and 12GB LPDDR5 RAM options, whereas the Dimensity option has 12GB LPDDR5 RAM as standard.

In terms of optics, the Vivo X80 Pro comes with a rear camera setup that includes a 50-megapixel primary Samsung ISOCELL GNV sensor, along with a 48-megapixel ultra-wide Sony IMX598 shooter and a 12-megapixel Sony IMX663 sensor with a portrait lens. There is also the additional periscope-shaped ultra-telephoto f/3.4 lens that is available on top of an 8-megapixel sensor.

The Vivo X80 Pro also includes a 32-megapixel selfie camera sensor at the front, with an f/2.45 lens.

Sensors on the Vivo X80 Pro include an accelerometer, ambient light, gyroscope, magnetometer, and a proximity sensor. There is also an ultrasonic in-display fingerprint sensor.

The Vivo X80 Pro packs a 4,700mAh battery that supports 80W Flash Charge wired fast charging and 50W wireless charging. The phone measures 164.57x75.30x9.10mm and weighs up to 219 grams. Lastly, the phone comes with an IP68-rated build that offers dust and water resistance.