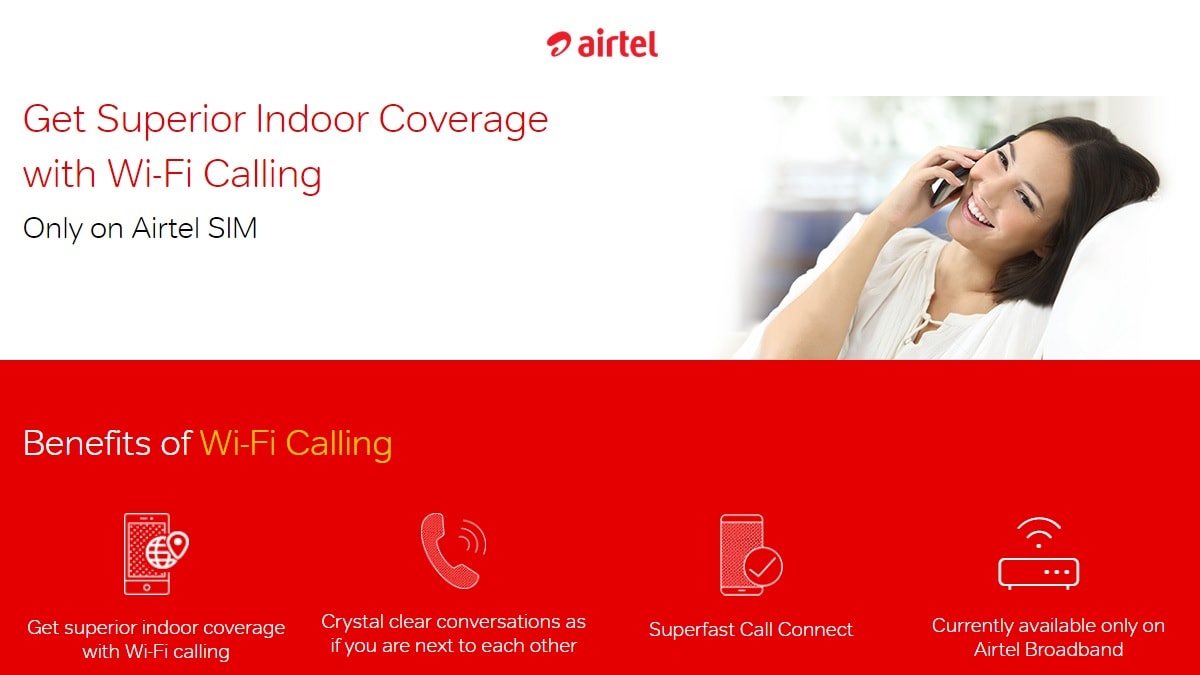 Wi-Fi calls will be treated just like regular calls, but they offer better call set up time

Airtel Wi-Fi Calling is currently available to all Airtel customers in Delhi NCR and is compatible with Airtel Xstream Fiber home broadband. However, Airtel says that it is working with other companies to add support for all broadband services and hotspots, and smartphone makers as well.

As for phones, Airtel Wi-Fi Calling will make its way to all phones that support Wi-Fi calling feature. But right now, only the following phones are compatible with Airtel's new service:

Users need to enable the Wi-Fi calling feature on their phone and upgrade it to the latest software build to start using Airtel Wi-Fi Calling. Moreover, users are advised to turn on VoLTE for best results. As for data consumption, a 5 minute Wi-Fi call will consume less than 5MB of data. In case the Wi-Fi network goes off, the ongoing Wi-Fi call will be seamlessly switched to VoLTE.

Talking about the advantages of Airtel Wi-Fi Calling, the telecom operator says that users don't need to buy a new SIM, and can make a call or send a message from any place with a Wi-Fi network. Also, the new Wi-Fi based calling service is claimed to offer better call set-up time and audio quality compared to VoLTE. Also, users don't need to opt for a new plan or pay extra for using Airtel Wi-Fi calling service. A Wi-Fi call will be treated exactly the same as a regular call, and will go against the user's existing recharge or master balance.

And just to be clear, the receiver doesn't need to enable Wi-Fi calling on his phone to get a Wi-Fi call from another person, and there are no specific network requirements either. An Airtel Wi-Fi call can be made to any other network (2G/3G/4G/VoLTE/ Wi-Fi) just like a regular call. The only difference is that Wi-Fi calls will be identifiable by a unique symbol for Wi-Fi calling on the call screen. And yes, Airtel customers can make Wi-Fi calls during roaming as well, but international calling is not allowed.