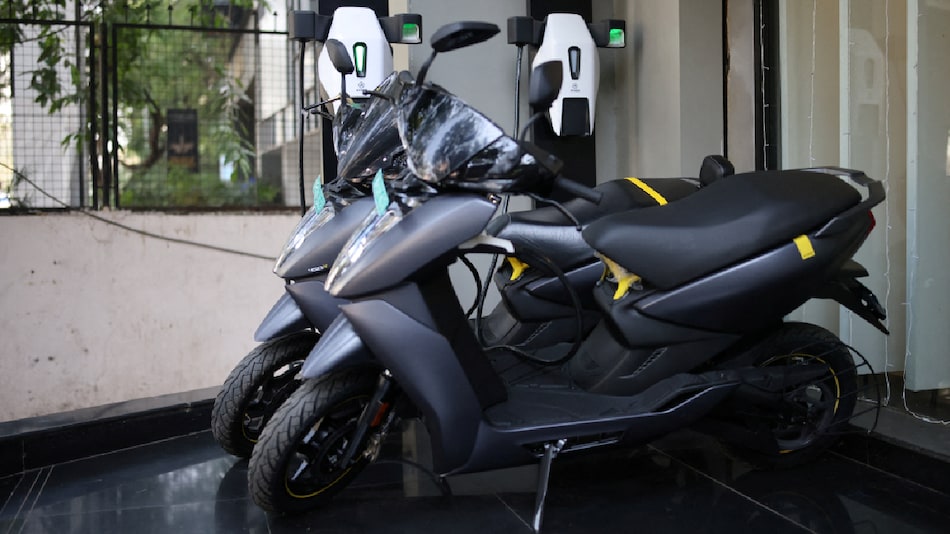 The first generation of the 450 platform was launched in 2018

Hero MotoCorp-backed electric two-wheeler maker Ather Energy on Tuesday launched the third generation of its premium scooter 450X priced at Rs 1.39 lakh (ex-showroom Delhi), targeting leadership in the segment by the end of this fiscal. The company expects the Indian electric two-wheeler segment to cross sales of 1 lakh units a month by the end of the ongoing financial year and it is targeting to have over 30 per cent market share. The 450X Gen 3 is based on the third generation of Ather's 450 platform. The first generation of the 450 platform was launched in 2018, followed by the second generation in 2020.

"We're keeping the product branding the same. But internally, the engineering and the hardware, and the specs have changed considerably. The biggest change is the battery pack that is becoming almost 25 per cent larger, from 2.9 kilowatt hours to 3.7 kilowatt hours," Ather Energy Co-Founder and CEO Tarun Mehta told PTI.

As a result, he said, the ARAI-certified range of the electric scooter has gone up to 146 km from 116 km earlier, while the true range, which customers would get in city conditions, has also gone up to almost 105 km from 85 km on a single charge.

A lot of customers, especially the first-time EV buyers, really wanted to cross the psychological barrier of 100 km, Mehta said, adding "that was one of the biggest feedbacks we got from all our owners over the last couple of years. So we built and developed this version sometime last year." Besides, the new 450X has better thermal performance of the battery pack, thereby supporting performance riding for longer duration of time, he said. The 450X Gen 3 also comes with wider rear tyres that offer better grip while leaning on turns and a shorter braking distance.

On the expectations from the third generation 450X, Mehta said, "Basically, what we see is Ather will become the largest electric two-wheeler manufacturer in the country by volume and I think 450X Gen 3 will take electric vehicles finally mainstream." He further said, "The industry will be doing almost 1,00,000 units a month by the end of this fiscal and 450X will be the highest volume player by that point (with) almost 30 per cent plus market share." The Indian electric two-wheeler segment is hovering at around 35,000 units a month.

Based on FADA data, in June 2022 Okinawa Autotech was the market leader in electric two-wheeler segment with sales of 6,980 units, followed by Ampere Vehicles at 6,540 units, Hero Electric at third place with 6,503 units and Ola Electric at fourth selling 5,874 units. Ather Energy was a distant fifth with 3,808 units.

However, bullish on the company's sales outlook, Mehta said, "We have far more demand than we could satisfy. We've been working on the supply chain for the last nine months and over the next quarters, you will start seeing a significant jump up in our volumes as supply chain fixes come in." With the new model coming in, he said, "We expect demand to go up by about almost three to four times, and sales, which is what we can fulfil (to customers), to go up by seven to eight times." Ather Energy said the 450X Gen 3 will offer five ride modes -- Warp, Sport, Ride, SmartEco, and Eco with the maximum power output in Warp mode at 6.2 kW.

The new electric scooter also features an upgraded dashboard with an upgraded 2 GB RAM along with tyre pressure monitoring system (TPMS) which is crucial to maintaining range as lower tyre pressure increases the pressure on the battery.