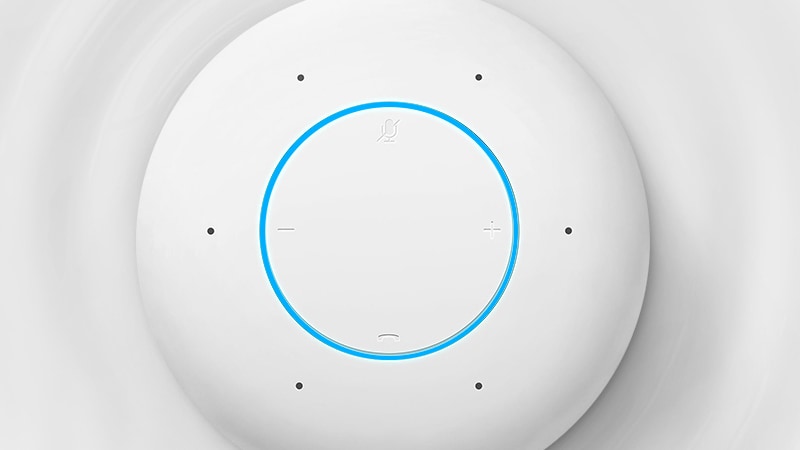 The Honor Yoyo is the company's first smart speaker

Honor has launched its first smart speaker alongside the Honor V20 (Honor View 20) in China. Titled Honor Yoyo, the smart speaker has been priced at CNY 199 (around Rs. 2,030). The launch officially kicks off Honor's attempt at building its own smart home ecosystem to take on the likes of Amazon Echo and Google Home smart speakers. The Honor Yoyo is now available at several online stores in China. Honor's parent company Huawei had launched its own Alexa-enabled smart speaker called AI Cuber earlier this year.

The Honor Yoyo smart speaker resembles Google's Home Mini speaker. The small circular-shaped speaker weighs about 165 grams and features a minimalistic design. Honor Yoyo comes in grey and white colours and includes a circular light that glows when the speaker is active, much like other smart speakers in the market. It is currently listed for sale on Vmall.

Honor's Yoyo smart speaker can be paired with a smartphone via Wi-Fi and can be used as a speakerphone. The speaker can also make and receive phone calls. The Honor Yoyo includes a 2-inch 3W speaker which is powered by Huawei's Histen algorithm. The smart speaker can do all usual tasks you would expect from a product in its segment such as reading audiobooks, checking news and weather, translations, and more.

The Honor Yoyo can be used outdoors when powered by a power bank. The smart speaker supports dual-band Wi-Fi (2.4GHz and 5GHz networks).

With Yoyo, Honor has entered into a competitive smart speaker market lead by tech giants like Amazon, Google, and Apple. Even regular audio makers such as Bose, Harman Kardon, and others are building smart speakers with Alexa integration.

Although Honor's V20 (View 20) is set to launch globally next month, the company hasn't revealed if it has plans to bring its smart speaker to other markets yet.