Apple Watch Series 8 base model is tipped to feature four colour options for the aluminium variant. 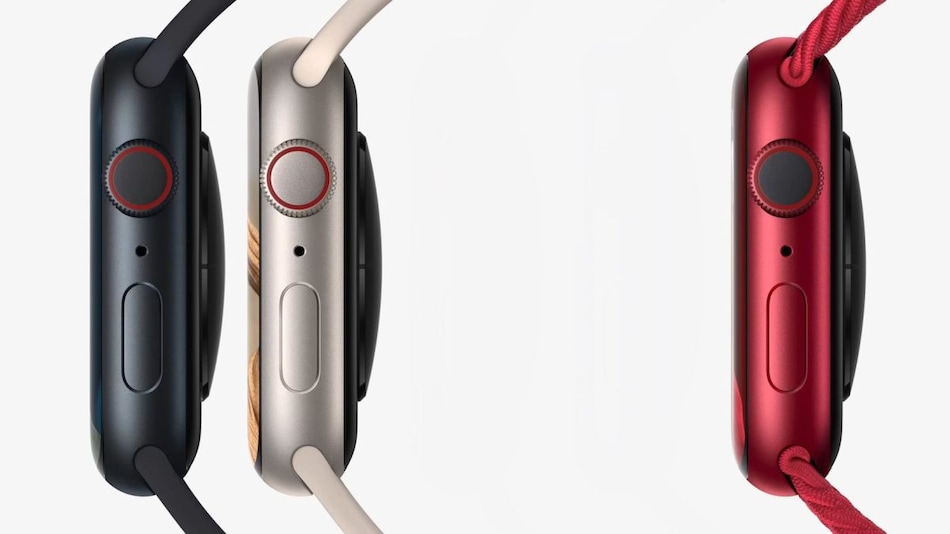 Tipster ShrimpApplePro (@VNchocoTaco) has leaked details regarding the base variant of the rumoured Apple Watch Series 8. According to the tipster, the wearable will feature a design similar to the previous generation smartwatch form Apple. It is said to feature Midnight, Starlight, Product Red, Silver colour options in aluminium. It could also get Silver and Graphite colour options for the stainless steel version, the tipster added.

Alright
Apple Watch Series 8 leak
Note: the info is about the base series 8 only. No info abt the higher version atm
????1/3 pic.twitter.com/AT6tuUANUd

The base variant of the Apple Watch Series 8 will not be available in a titanium model, according to the tipster, who also notes that their source was unable to visually notice any new sensors on the rumoured smartwatch series from Apple. Additionally, the tipster has also shared that the box of the Apple Watch Series 8 will get a new seal with stronger glue. This is said to prevent retailers and from repackaging the smartwatch. It is said to enter mass production this month.

Apple Watch Series 8 will reportedly sport the largest display that the tech giant has placed on a wearable. As per the report, the Watch Series 8 could be called the Apple Watch Pro. The report also added that it could be the first major redesign for an Apple Watch since 2018. This claim has been purportedly refuted by tipster ShrimpApplePro.

According to a recent report, the Apple Watch Series 8 could feature a body temperature sensor that can reportedly detect if a user has fever. It is said to recommend wearers to see doctor or use a dedicated thermometer. The report added that the feature might not display the exact temperature like a traditional thermometer.